SYRACUSE, NY (WRVO) – New York state lawmakers have included $40 million dollars in this year’s budget to help property owners who are still cleaning up from last year’s flooding along Lake Ontario and the St. Lawrence River.

This budget marks the third time that New York state officials have had to add more money into the flood relief program for homeowners. It started with a $55 million appropriation last year, and the legislature put in an extra $5 million this January. Then the state moved some of the leftover money for businesses into the residential pot. 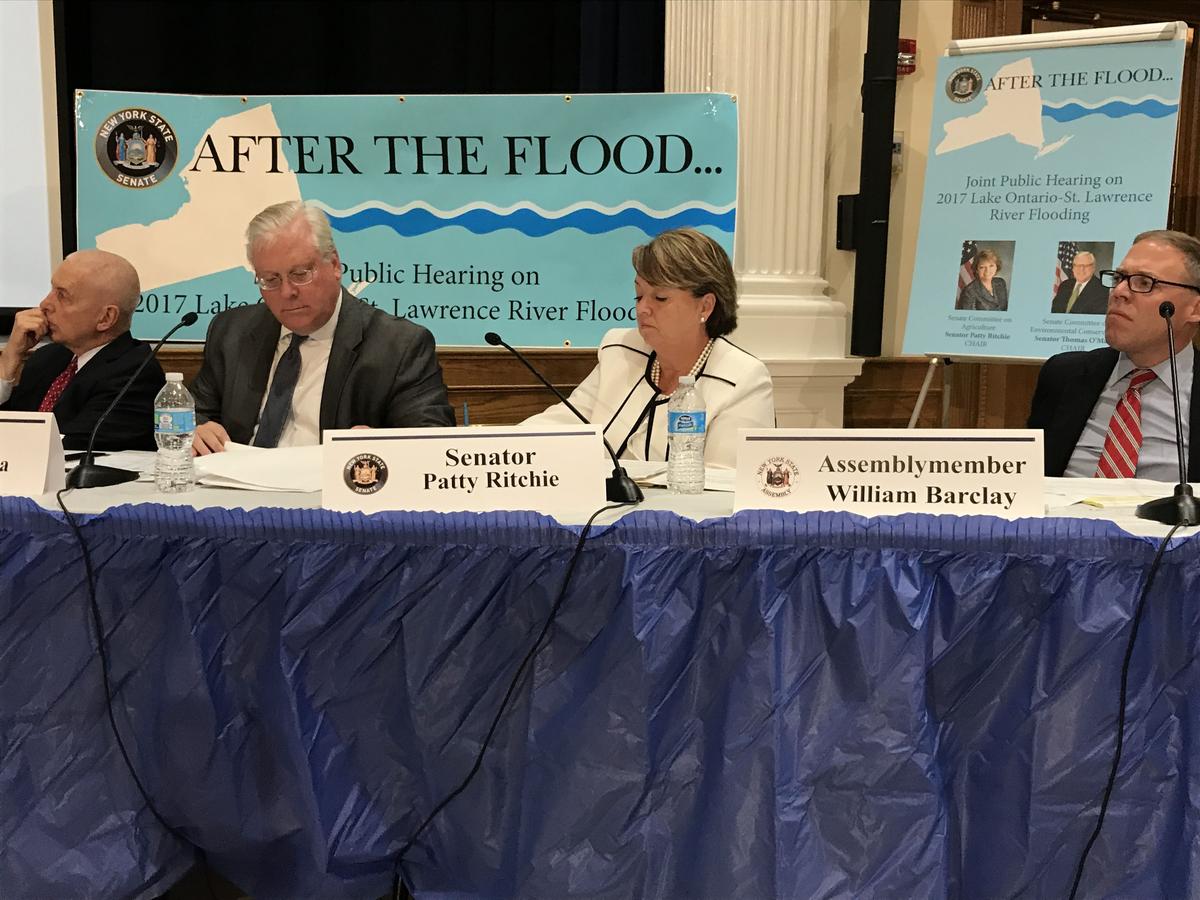 State lawmakers held listening sessions last fall to get a better understanding of the impact from the flooding damage along Lake Ontario and the St. Lawrence River during 2017. CREDIT PAYNE HORNING / WRVO NEWS

State Sen. Patty Ritchie, who represents Oswego, Jefferson and St. Lawrence counties, says it’s needed in her district where more than half of the nearly 1,200 applicants have not received their reimbursement requests.

“We’re getting to the time of spring and people are going to start trying to make sure their repairs are done and the funding has not been moving quick enough,” Ritchie said.

The budget did not set aside any money for any future flooding even though some are concerned of a repeat. Lake Ontario’s water levels are currently above historic averages and the International Joint Commission (IJC), the body that regulates those levels, recently pulled back on how much water it’s releasing from Lake Ontario into the St. Lawrence River.

Several state officials like Ritchie and Oswego County Assemblyman Will Barclay are urging the IJC to maximize those outflows.

“We’re hoping we can get the IJC to start letting out more water,” Barclay said. “They had been letting it out, but now they’re decreasing the flow because of – I guess- shipping on the river. It’s all a matter of priorities. I think we’ve got to continue to prioritize the shore property owners around this area since they took such a hard hit.”

During a stop in Fulton Tuesday, Sen. Charles Schumer (D-NY) also expressed concern about the change in outflows, going so far as to say we “need a new IJC.”

“We need a whole restructuring of the IJC,” Schumer said. “It’s a mess.”