SYRACUSE, NY (WRVO) – The tragic ties that bind Syracuse, N.Y. and Lockerbie, Scotland are stronger than ever, 30 years after Pan Am Flight 103 crashed in the tiny village after a terrorist’s bomb exploded on the plane.

Colin Dorrance was an 18-year old off-duty police officer on the way to a Christmas party on Dec. 21, 1988, when he saw the aircraft plunge into his small village. He was one of the first responders on the scene of the terrorist bombing that killed all 259 people on board, and 11 people on the ground.

“I have occasionally had flashbacks,” Dorrance said. “It’s difficult to drive in that area, especially when weather conditions are dark and wet. Hard to visualize it. But it’s something I’ve grown used to over the years.“ 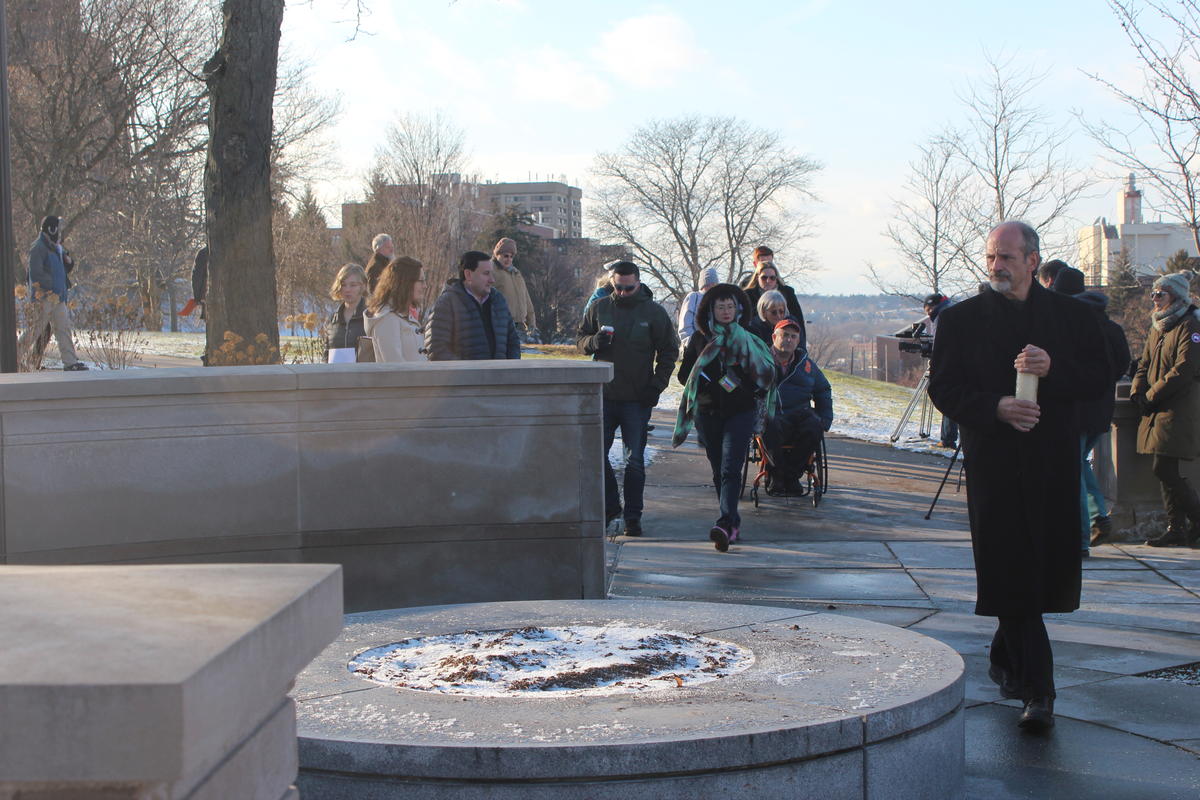 A number of central New Yorkers were killed in the attack, including a couple from Clay, two students from SUNY Oswego, and 35 students from Syracuse University. And in the wake of the tragedy, a strong bond has been built between Syracuse and Lockerbie, with more than 1,000 Lockerbie and SU students becoming Remembrance Scholars.

“Time’s a funny thing,” said Dorrance. “In some sense it was before internet , it was before modern communications, and the world was very different then. In others, it could easily have been yesterday. And I know for many relatives they feel the same. Time’s passed by in the blink of an eye.”

Now that he’s retired, Dorrance spearheaded a Cycle to Syracuse bike ride that ended Thursday afternoon, meant to memorialize the 30th anniversary of the disaster.

“We need to remember those who were blown out of the sky by an act of terror,” he said. “We should never forget them. And we should honor their legacy through relationships like this.”

The bike ride was part of the university’s Remembrance Week commemorating the 30th anniversary.  SU Chancellor Kent Syverud told a gathering on campus, this relationship with Lockerbie has been the best thing to come out of the tragedy as the SU community remembers those killed in the crash.

“They are of course part of us today, because they are seeing, I believe, that together, these two communities are joined by them,” Syverud said.