PA POST – The Pennsylvania House of Representatives passed legislation on Tuesday that would allow more businesses to reopen even as Gov. Tom Wolf and public health officials continue to support mandatory closures and stay-at-home orders in the face of the coronavirus outbreak.

The action comes nearly one month after Wolf ordered more than 100 types of “non-life-sustaining” businesses to close or face fines and other penalties. That order, similar to ones in place across the country, spiked unemployment, with more than 1 million Pennsylvanians applying for unemployment benefits in recent weeks.

The Republican-backed proposal, Senate Bill 613, requires the Wolf administration to follow federal guidelines that consider a wider range of industries to be essential, including home construction. 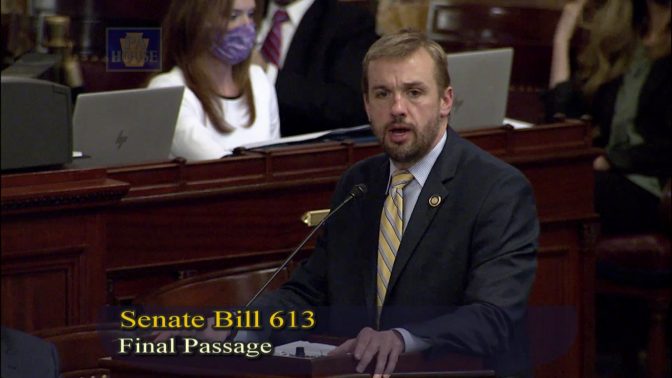 Two Republicans from southeastern Pennsylvania–Thomas Murt and Todd Stephens — joined House Democrats in voting against it. Their districts include areas where the coronavirus outbreak is widespread.

Speaking on the House floor, several Republican lawmakers said the measure would create a more consistent and transparent process for determining which businesses can stay open than what the Wolf administration has implemented so far. And they said work at many places of employment could resume with reasonable risk.

“The calculation that we need to consider is, ‘Can it be done safely?’” state Rep. Matt Gabler (R-Clearfield/Elk) said in support of the bill.

House Majority Leader Bryan Cutler (R-Lancaster) said the state needs to prepare for the possibility that coronavirus will be a threat for months or years.

“I am here to say no to death,” said state Rep. Margo Davidson (D-Delaware).

“It is a bill that places profits over people,” said state Rep. Joseph Hohenstein (D-Philadelphia).

The legislation now moves to the state Senate, where leaders in the Republican majority are also pushing to relax restrictions on businesses.

Gov. Wolf has opposed the bill. But during a conference call with reporters on Tuesday, he fell short of saying he would veto it.

Under the bill, Wolf would be required to develop a coronavirus mitigation plan using the federal recommended guidance. Businesses that comply would be allowed to operate. 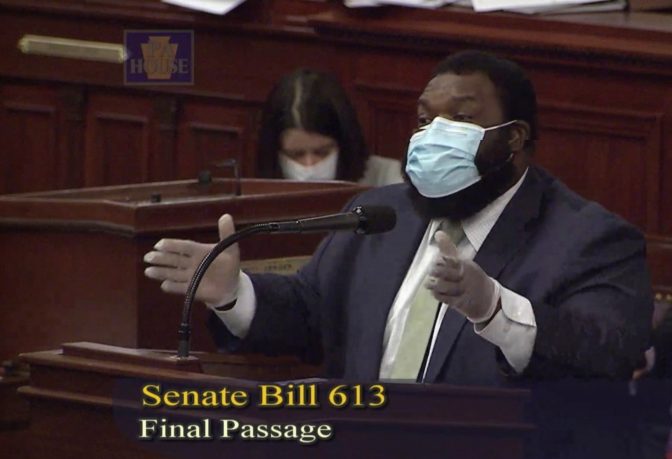 The House also passed SB 841 Tuesday afternoon, which, in addition to clarifying local governments’ ability to conduct business via remote meeting technology, would permit documents to be notarized remotely. House Democrats cast the bill as a targeted alternative to the Republicans’ more sweeping proposal, arguing that electronic notarization would enable some business to resume while maintaining social distancing.

“That’s a big deal both for automobile dealers and realtors who are trying to help people by vehicles and property while keeping social distancing in place,” said House Democratic spokesperson Bill Patton. “It addresses some very specific needs that are holding some types of remote business at this time.”

Reporting intern Benjamin Pontz contributed to this story. PA Post is an independent, nonpartisan newsroom that covers politics and policy in Pennsylvania. Read their reporting at PaPost.org.