GETTYSBURG, PA (WSKG) – State Sen. Doug Mastriano (R-Franklin) has built his reputation with far-right conservatives by opposing the state’s COVID-19 protocols and spreading false claims that the 2020 election was rife with fraud and malfeasance.

Now, he’s hoping his views can propel him to the GOP nomination for governor.

The retired U.S. Army colonel and junior state lawmaker kicked off his campaign at an hours-long event in a Gettysburg hotel ballroom Saturday, ​​where a cavalcade of conservative figures touted his far-right bonafides to supporters.

“He is a leader,” Flynn said. “He’s not your classic politician. We need leadership in this country. We need warriors, we need fighters!”

Mastriano was filmed walking past police barricades with protestors at the U.S. Capitol on January 6th, but has said he did not participate in any violence.

The Republican is also one of 10 state senators who signed a letter asking Congress to delay certifying Pennsylvania’s 2020 electoral college vote – despite no evidence that would call it into question.

As he laid out his vision in a speech filled with jabs at state leaders like Democratic Gov. Tom Wolf and former state Department of Health secretary Rachel Levine, Mastriano also criticized his fellow Republicans vying for the governor’s mansion. 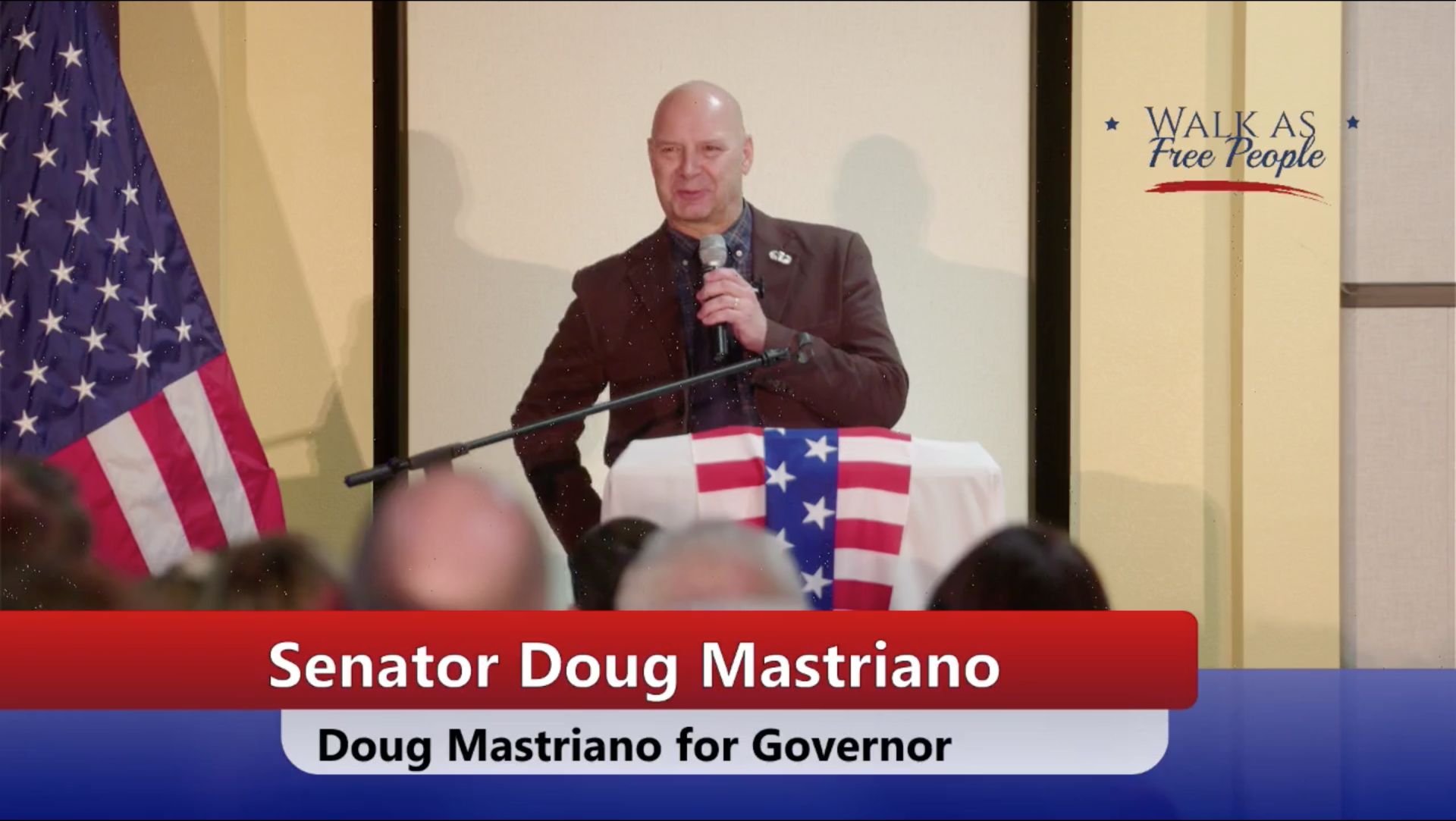 via Doug Mastriano Fighting for Freedom / Facebook. This screenshot from a Facebook live video shows state Sen. Doug Mastriano speaking to supporters at a gubernatorial campaign launch event in Gettysburg on Jan. 8, 2022.

Like them, he supports ideas like school choice and reducing the number of state regulations. But Mastriano argued many of his opponents, who include state Senate President Pro Tempore Jake Corman (R-Centre), would be ineffective Republican “establishment” figures.

Mastriano and Corman had a public row last summer over who would lead the chamber’s election investigation. Corman stripped Mastriano of his Harrisburg staff and committee leadership position. That investigation has been embroiled for months in legal challenges.

“They want you to settle for some loser, some guy who’s not gonna fight for you,” Mastriano told supporters. [They’ll] say all kinds of things that some focus groups told them to say. But in office, will they do anything for you?”

Former President Donald Trump has not made an endorsement in the race yet. But Mastriano gained favor with Trump nearly two years ago by holding a Senate Majority Policy hearing filled with false and misleading claims about the 2020 election.

The lawmaker is now one of 15 candidates for the party’s gubernatorial nomination. Not including Sen. Corman, they are: