STATE IMPACT PENNSYLVANIA – The Pennsylvania Supreme Court ruled that municipalities may not issue permits for oil and gas development in areas that are zoned for non-industrial use — unless they first amend their zoning codes.

The ruling on Friday arose from a challenge by two Lycoming County landowners to their township’s decision in 2013 to issue a permit to Inflection Energy, a natural gas exploration company, to build a well pad in the plaintiffs’ neighborhood, which was zoned residential-agricultural.

The court said in a 4-3 decision that the Board of Supervisors in Fairfield Township erred by issuing the permit without first changing its zoning code to allow for industrial uses within a residential zone.

Municipalities can legally amend their zoning codes to allow oil and gas development in any or all of its zoning districts, the court said, but Fairfield failed to do that, and should have done so.

“What a governing body may not do, however, and what the Fairfield Township Board of Supervisors did in this case, is to permit oil and gas development in residential/agricultural districts without first enacting the necessary amendments,” the court wrote in a 24-page opinion.

The decision overturned a Commonwealth Court ruling that shale gas development was a “public service facility” such as a water treatment plant and so could be located in any zone where such facilities operated.

But the Supreme Court opined that the proposed well pad was not “in any material respect” similar to those facilities, and so could not be located in the residential zone.

The three dissenting justices defended the Commonwealth Court’s ruling and argued that industrial activity in the zone, while discouraged by the zoning ordinance, is not forbidden. They said the proposed use is a gas well, not the construction activity needed to build it, and that once it was operational, it would be essentially “passive.”

The dissent cited evidence by Inflection Energy showing that only one pickup truck per week would visit the completed well pad, and there would be one small building surrounded by farmland where existing agriculture would continue. Inflection Energy did not respond to requests for comment.

The environmental group PennFuture, which argued the case on behalf of the plaintiffs, Brian and Dawn Gorsline, and their neighbors, Paul and Michele Batkowski, said municipalities will now have to take a harder look at whether proposed gas well pads comply with zoning conditions. 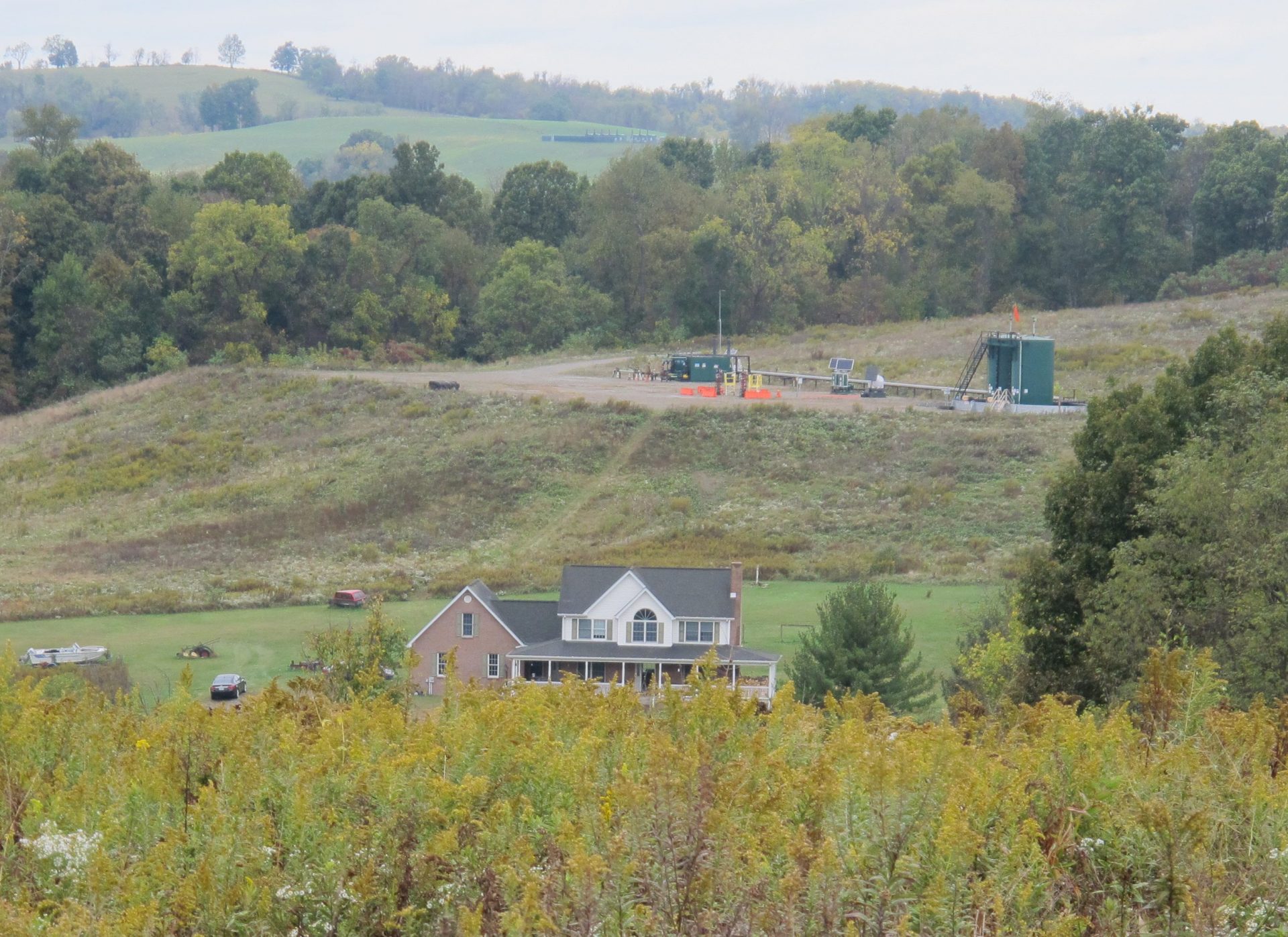 “The Court’s decision makes clear that shale gas development is an industrial land use, and that local government must rigorously consider what other land uses it is compatible with before allowing it to occur in districts designed for incompatible uses, such as a district designed to foster a quiet residential environment,” said George Jugovic Jr., an attorney for PennFuture.

The court said the ruling should not be “misconstrued” as meaning that oil and gas development is never permitted in residential or agricultural districts, but stressed that zoning authorities must be clear on what is and is not allowed in a zone.

That means municipalities need to more carefully consider whether a well pad or other gas facilities are compatible with local zoning rules, Jugovic said in an interview.

“They need to … recognize this land use is an industrial land use and rigorously and seriously consider the impacts it’s going to have on the township, and where it should be properly located,” he said.

The Pennsylvania State Association of Township Supervisors welcomed the ruling, calling it an “excellent opportunity” for townships to review their ordinances to make sure they permit, deny or allow various uses within zoning districts.

“The language of ordinances matters, as does the quality of the evidence that applicants must present and that boards must rely upon when rendering decisions,” said the association’s executive director, David Sanko, in a statement.

Rich Raiders, an environmental and land-use attorney, said the ruling gives local government more control over the siting of oil and gas facilities, and allows them to designate fracking as an industrial activity that is only allowed in industrial zones.

The ruling won’t cause a fundamental shift in how municipalities write their zoning rules, but might prompt those that are pro-development to take another look at whether a gas well pad would comply with existing rules, said Jordan Yeager, an attorney who won a landmark Supreme Court ruling against parts of the controversial Act 13 natural gas law in 2013.

But he predicted the ruling will curb efforts by industry to operate in all local zones, and to minimize the nature of its activity so that it will be allowed in to more places.

“This will rein-in those kinds of efforts, and so municipalities that want to accommodate those efforts are going to have to be more explicit about that accommodation,” he said.