ROCHESTER, NY (WXXI) – Aug. 7 is observed as Black Women’s Equal Pay Day. It is the date in 2018 when a black woman catches up to what the average white, non-Hispanic man already earned by the end of 2017.

In general, women make 80 cents to every dollar a man makes, but when analyzing race as well as gender, the gaps widen.

Hispanic women earn an average of 54 cents to the dollar a white man earns, and have to work to Nov. 1 to catch up to the pay a man made the previous year.

Catherine Faurot is a visiting scholar and writing consultant at the Susan B. Anthony Center at the University of Rochester and says raising awareness is key to dealing with issues of inequity.

“Pay inequity is something that thrives in secrecy. And so when awareness is raised and the veil of secrecy is lifted either on a national level or on a corporate level, it fails to thrive it, it’s harder to maintain that equity.”

She says a combination of education and legislation is needed to close these gaps. 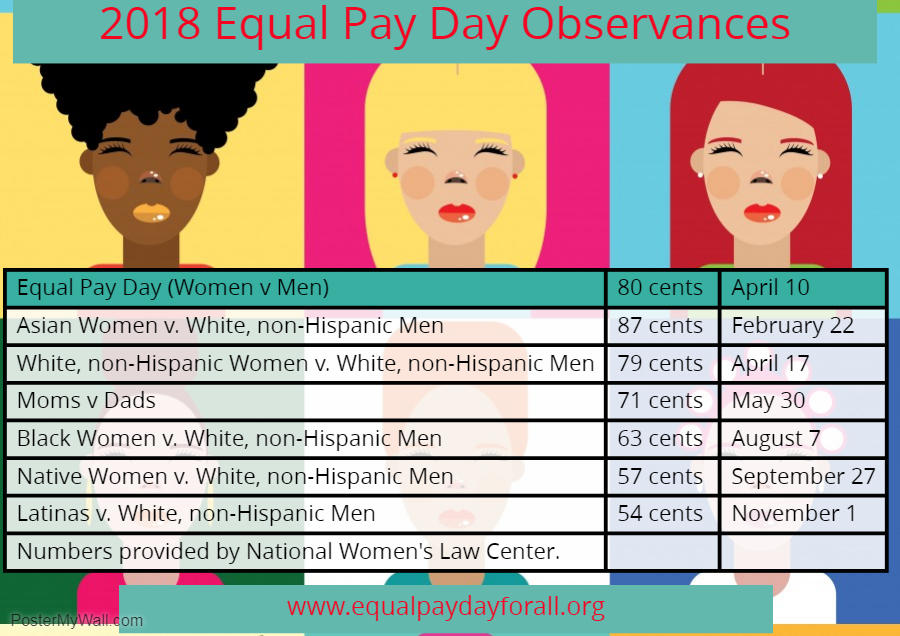 A protest by Rochester NOW was held Tuesday afternoon East Avenue to commemorate the day.