PA POST – Many government websites across the state now feature interactive maps and graphs showing how coronavirus has affected the elderly, the densely populated and even different racial groups.

But health care professionals and researchers say inconsistent collection of data on the number of cases and deaths is putting already vulnerable communities at even more risk — in particular, the state’s growing Latino population.

The Pennsylvania Department of Health this week published for the first time the death totals for Latinos in a revamped data dashboard. As of June 11, the state has seen 336 presumed and confirmed virus-related Latino deaths.

The new dashboard has been in the works in recent weeks and is a considerable upgrade from the previous site, but it doesn’t allow users to narrow in on enthic data by county or city. While county officials are able to track local deaths in infections more closely, the type of information counties choose to publish and the ways they publish information is nowhere near uniform.

Some counties with diverse urban populations do not publish ethnic information at all.

Lehigh’s COVID-19 information hub does not break down case and death information by race.  The coroner’s office provides weekly updates on COVID-19 deaths, but does not note race.

“We have been tracking race but we haven’t been putting it out because we just haven’t, no particular reason,” Lehigh County Coroner Eric D. Minnich said. “To me it didn’t make a difference, to be honest with you. This is affecting everybody.”

Latinos make up a quarter of the county’s population and have made up 36 of COVID-19 deaths there (13 percent of the total) as of June 10, according to Minnich.

Montgomery County’s online COVID information site tracks infections and deaths by gender, municipality and by race. Their data does not include “Latino,” which is an ethnicity, not a race.

Todd Stieritz, spokesperson for Montgomery’s Department of Public Safety, blamed inconsistent reporting of ethnicity. If provided that information, the county would pass it on to the public, according to Stieritz.

Dr. Lourdes Baezconde-Garbanati is an associate dean of community initiatives at the University of Southern California. She is also an expert in research disparities among diverse communities and chairwoman of the National Alliance for Hispanic Health.

She argues that information on race and ethnicity needs to be available at the local level.

“Specific and accurate counts of Latinos with the virus or dying from COVID19 is essential,” she said. “This has important implications in how public health deals with, informs the public, and prepares for better management of the pandemic locally, statewide and nationally.” 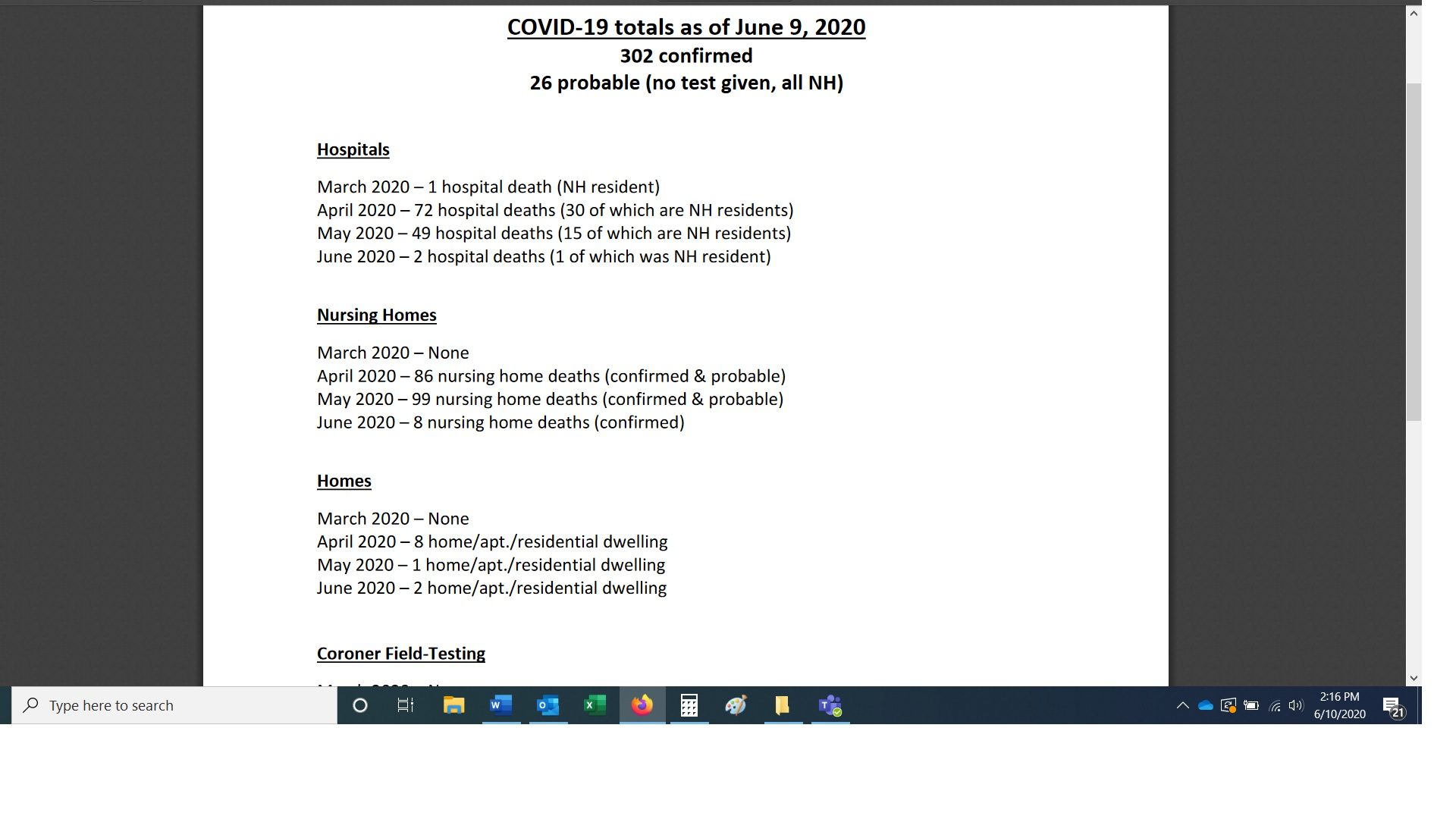 Berks County is an outlier in the region, with its coroner’s website providing demographic information that includes Latinos.  As of June 9, the list has 51 Latinos, or 15 percent, of the 328 probable and confirmed COVID-19 deaths. Latinos make up almost 22 percent of Berks County’s population.

“When we fill out cases here in the coroner’s office we get info on everybody who dies; Hispanic is part of those normal categories,” said Jonn M. Hollenbach, the chief deputy coroner. “In Berks County, it is a large part of the population, so I definitely want to report on that.”

“We have seen that in some states African Americans and Latinos may not necessarily have the largest number of cases, yet they are dying at a higher level than others in the populations,” Baezconde-Garbanati said. “In other states and counties, Latinos for example, have the highest rate of infection, though they may be dying at lower rates than other groups. Not providing data by race/ethnicity such as among Latinos does not allow us a good understanding of the disease impact in our various diverse communities.”

DOH’s new data dashboard shows Latinos make up 7.6 percent of all positive coronavirus tests statewide. But that number is, at best, a guess, since nearly three quarters of test subjects’ ethnicity was not consistently recorded early in the pandemic.

DOH said they have been pushing for more comprehensive data on cases since April.

Delgado said facts are the pillar of scientific research and also to addressing the needs of people. Without data, entire communities might fall through the gaps, she said.

“Knowledge is not enough, but we need that to start. So, if we don’t even have knowledge, estamos…in a very bad place,” Delgado said with a chuckle. “I was going to say something else but it wasn’t a pretty word.”

Correction: The first name of Berks County Chief Deputy Coroner Jonn M. Hollenbach was misspelled in an earlier version of this article. We regret the error.

PA Post is an independent newsroom covering policy and government in Pennsylvania. For more, go to www.papost.org.