GREAT LAKES TODAY – Out on farmland in western New York, near the shore of Lake Erie, is Five & 20 Spirits and Brewing. Here, they make more than just booze. They also raise fish.

Inside a large white structure set back behind the brewery is a land-based aquaculture system. It’s the life’s work of Jere Northrop, founder of TimberFish Technologies.

As he walks inside, the sound of water bubbling in concrete tanks bounces off the curved walls and ceiling.

Stillage — a byproduct of brewing — flows from a pipe into a steel bin. It’s the color and texture of watery, chunky peanut butter.

“You can see it’s pretty gooky looking stuff, but it’s actually a tremendous food source if you’re a microbe, so it’s a good thing,” Northrop says.

And it’s the first step in a food chain. 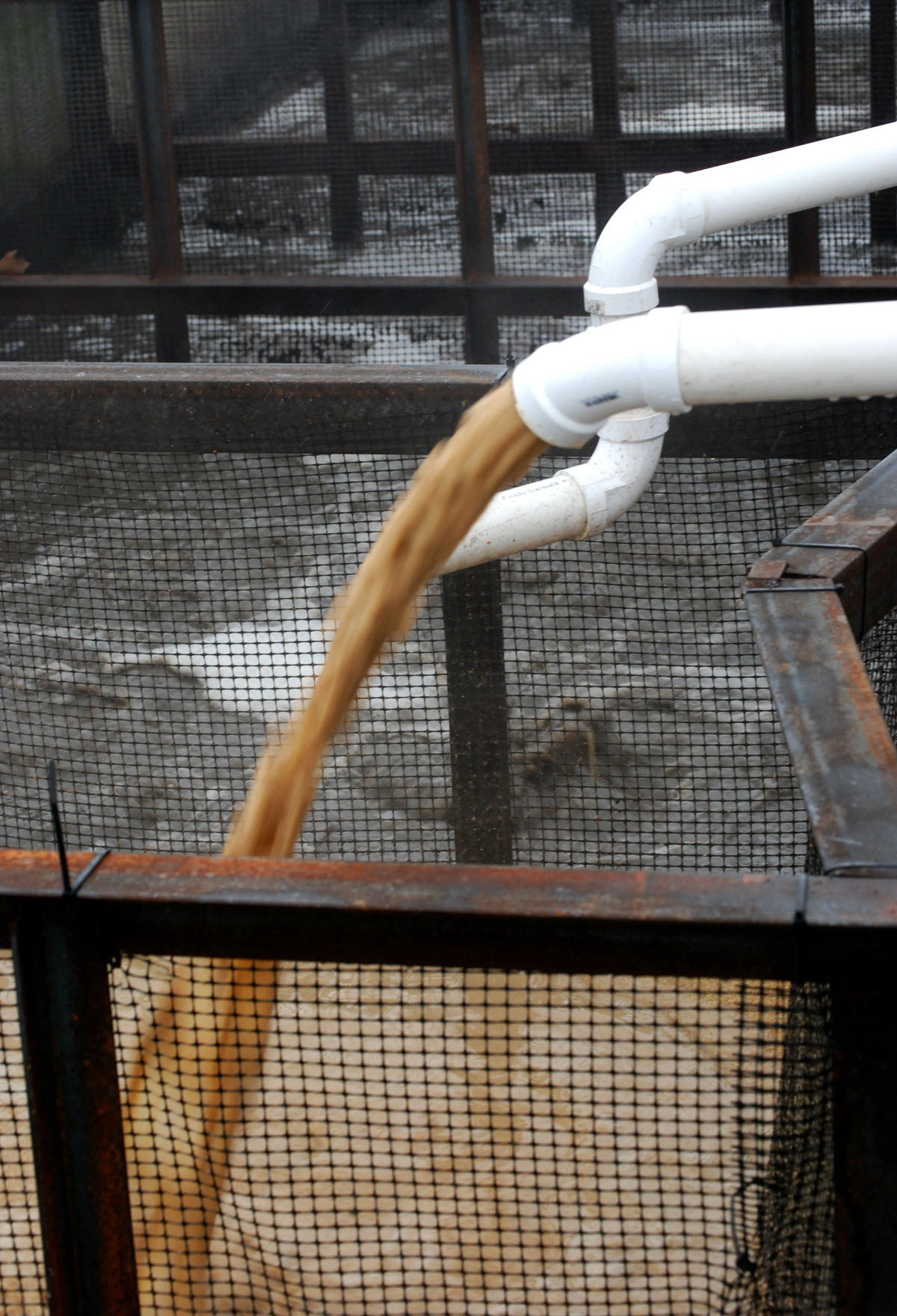 Air flows throughout the system, allowing microbes to break down and eat the stillage. The microbes are fed to invertebrates like earth worms, snails and insect larva. And then, fish get to feast on them.

The goal is to raise several types of fish, and sell them commercially.

“So instead of discharging the waste stream into the environment where it can cause water pollution and odor and all those kinds of things we turn that into a saleable product,” Northrop says.

The technology, backed by a state grant, has a larger purpose, he adds.

“This is back to how we resolve the major environmental problems, which are due to the rising population and increasing pollution of the environment,” he says. “And, the way to do that is to generate an eco-technology which generates an economic incentive to do the right thing environmentally.”

It also makes financial sense for the brewery, cutting waste disposal costs by thousands every year.

“We feel it’s a good way to give back to the community and to do something that’s responsible,” he says. “It’s a fun project it’s just cool to watch it come together from what was just a concept on paper a few years ago.”

Aquaculture facilities typically are set up in oceans or lakes. The concept of a land-based system — raising fish in tanks — is slowly catching on.

It could be a good fit for the Great Lakes region, says Kevin Madley, regional aquaculture coordinator for NOAA Fisheries, a federal agency.

“The Great Lakes themselves, the states have so far used a cautionary approach to putting aquaculture fish pens in the great lakes, they feel like there’s a chance for environmental harm and therefore they’re being very cautious and  doing background research,” he says.

The brewery has the capacity to produce about 20 thousand pounds of fish every year. They’re raising three different species: speckled trout, Arctic char and Atlantic salmon.

The fish will be plate ready in the summer of 2019.