ROCHESTER, NY (WXXI) – Most American adults are worried they’ll develop Alzheimer’s, but they’re also optimistic that there will be a cure for the disease in their lifetimes, according to survey results released Monday.

The nationwide survey, conducted by Harris polling on behalf of the Banner Alzheimer’s Institute and pharmaceutical companies Novartis and Amgen, also showed that most American adults want to participate in medical research.

More than a third of the respondents said they were “very willing” to be part of a study. 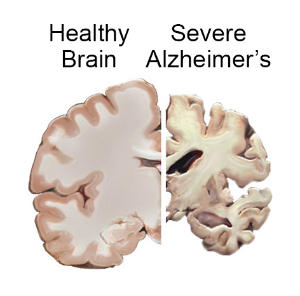 Many Americans want to participate in Alzheimer’s research, but there’s still a shortage of study participants. CREDIT NATIONAL INSTITUTE ON AGING

But there’s still a need for more participants, said Anton Porsteinsson, who directs the Alzheimer’s care, research and education program at the University of Rochester Medical Center.

“There are definitely barriers, and a lot of it has to do with our ability to get the word out,” Porsteinsson said. “There’s a large group of people that wants to participate, but they don’t know how to participate, or where to go, or whom to talk to.”

Another obstacle is people’s aversion to finding out whether they are at risk for developing Alzheimer’s, Porsteinsson said. In order for people who don’t have Alzheimer’s symptoms to participate in studies, they’ll need to be tested for some of the telltale markers of susceptibility to the disease. “Some people might not want to know, and I understand that,” he said. “But turning a blind eye is not an effective way to approach a problem.”

More than 200 clinical studies on Alzheimer’s are recruiting participants in the U.S. right now, the Banner Institute said.

Porsteinsson encouraged people who are thinking about participating in research to come in for an evaluation. He said these studies are crucial to finding the root cause of Alzheimer’s and eventually developing a cure.