The NYSRA discusses the proposal to eliminate the minimum wage tip credit with restaurateurs, servers and others at Rohrbach's CREDIT ALEX CRICHTON

ROCHESTER, NY (WXXI) – Members of the restaurant industry are speaking out against a proposal to eliminate the minimum wage tip credit, saying it would negatively impact restaurants and their employees.

Governor Cuomo announced in his State of the State address that he wants the State Department of Labor to examine the tip credit, possibly replacing tips with an increased minimum wage.

Courtney Wyckoff is a server at the Rohrbach Beer Hall in Rochester.

She says without tips, she would have to reconsider her line of work.

“There’s a lot to be worried about, and I think it’s the unintended consequences that people don’t think about.  And that could be us losing our jobs,” she said. “I just finished my Master’s last May and I make more here, than I would working a full-time 9 to 5 with my master’s degree in marketing, because of tips.” 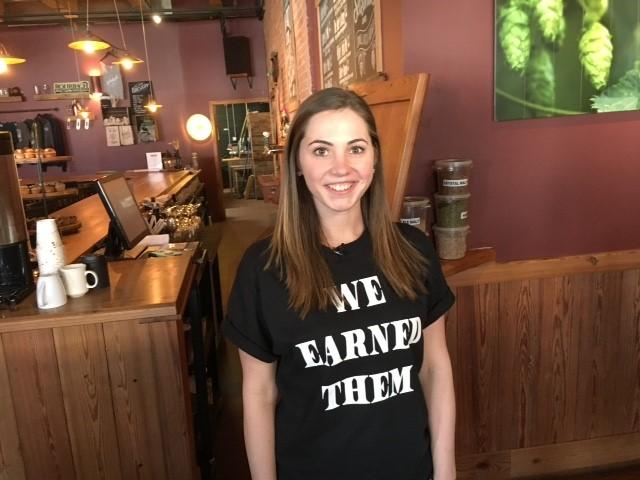 She calls this is a lose-lose proposition.

“Well it’s definitely not good for our restaurant members, it’s not good for their employees, they’re definitely hearing concerns about loss of tip income should they go to full minimum wage, they’re concerned the customers will tip less,” she said.

Owner of Rohbach Brewing Company, John Urlaub, says many in the industry who met with the Restaurant Association were unaware of the proposal to eliminate the tip credit.

He also sees it as a negative for the industry.

A public hearing on the proposal to eliminate the wage tip credit will be held in Syracuse on March 12th.