The event at the Holiday Inn in Liverpool brought together Democrats representing many of the state’s rural counties where Republicans often control local offices on town boards and county legislatures. Though there was much for them to celebrate coming off of a successful midterm election in 2018 which saw Democrats gain control of the state legislature and several congressional seats, much of the conversation was on strategy moving forward.

“We want to grow the party,” Max Della Pia, chair of the Tioga County Democratic Committee said. “We want to be a positive, open, embracing people that may not agree with us on every issue, but people that want to make a difference for their community and for their country, we’re more than happy to have them.”

One of his main missions over the next two years is to re-elect freshman Democratic Congressman Anthony Brindisi (D-Utica) who narrowly won by about 4,000 votes last year.

“Small county, small numbers, but important numbers and we have to be very vigilant that we don’t take any of this for granted,” Della Pia said noting Brindisi’s tough road ahead. 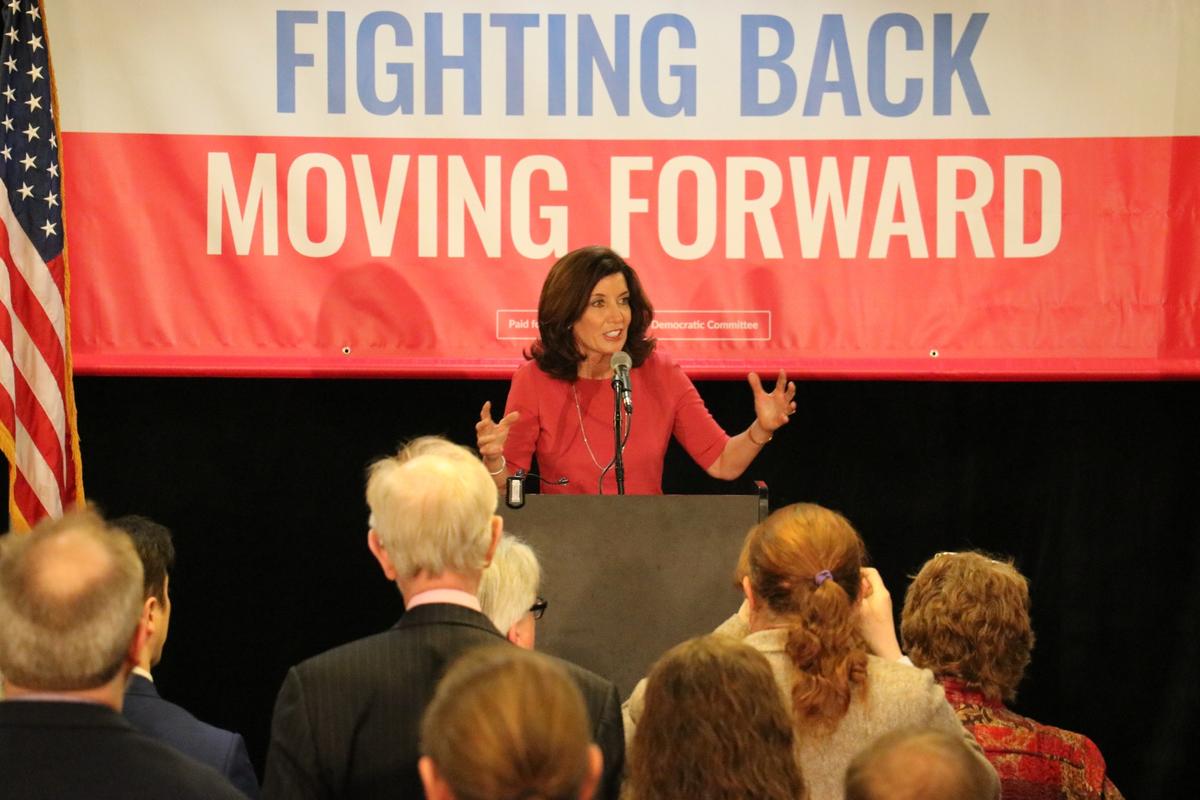 The event gathered a large number of candidates from around the state, including Brindisi, who utilized the opportunity to network and prepare for their own campaigns.

Eddie Sundquist is running for mayor of Jamestown in Chautauqua County. Being from the westernmost county in New York, he sees this convention as an opportunity to communicate with some downstate leaders about issues that Democrats in the more rural areas are running on.

“When I checked into my hotel, I was helping the majority leader try to just get into her room,” Sundquist said laughing. “And you strike up a conversation and you talk to individuals and people that really matter in the state and they learn more about what’s going on in every part of New York.”