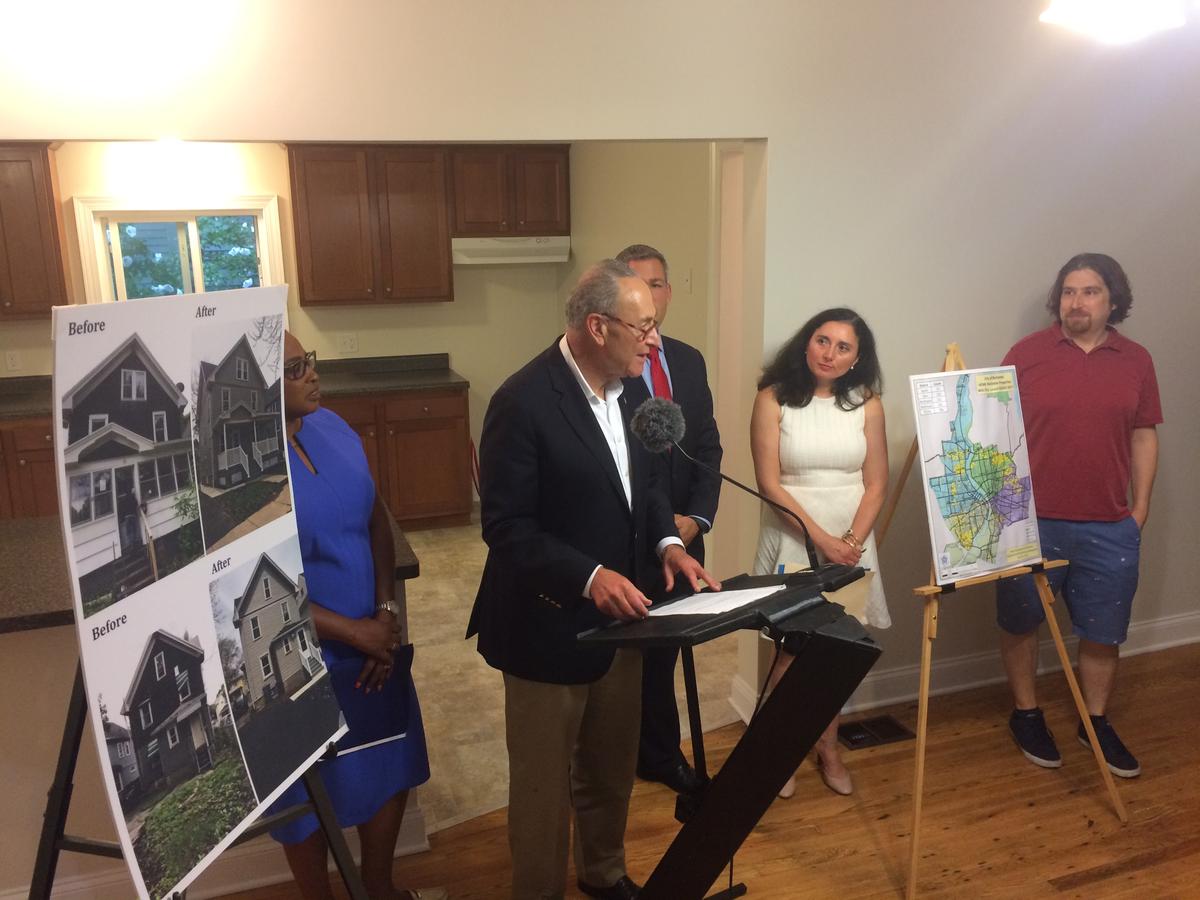 ROCHESTER, NY (WXXI) – With over 2,000 zombie homes plaguing Rochester, Senator Chuck Schumer is calling on the federal government to renew vital approvals needed to continue work on these vacant homes.
Through the Department of Housing and Urban Development, foreclosed properties turned back over to the Federal Housing Administration are first offered for sale to an Asset Control Area or ACA participant.

This ACA program runs on 2-year agreements, the most recent of which Schumer says ran out earlier this year.

“This February they didn’t renew it. Not just for Rochester but also for several other cities that are affected, including Denver, Colorado, Santa Ana, California. And now they can’t do anymore of this rehab until HUD renews it. We’ve called HUD over and over again and they’re dragging their feet.”

Monroe County Clerk Adam Bello says there are an estimated 1,000 zombie homes across the county, in addition to the city properties.

He says vacant homes bring crime into neighborhoods and negatively influence surrounding property values, and that rehabbing them is fundamentally an issue of fairness. 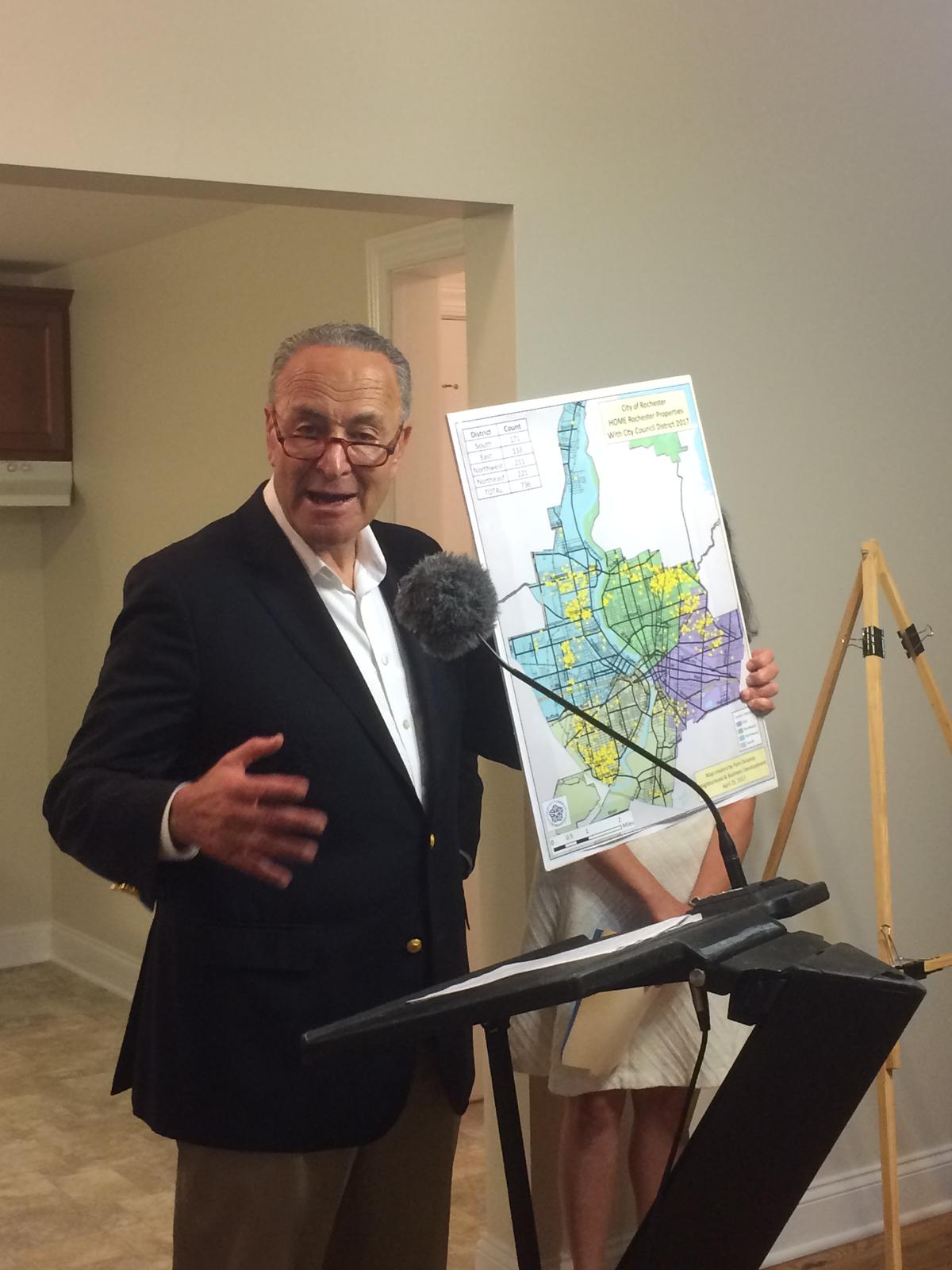 Senator Chuck Schumer holds a map showing the over 750 zombie homes that have been rehabbed in Rochester. CREDIT CAITLIN WHYTE / WXXI NEWS

“For most people, most individuals, homeownership is the single largest investment that they’re going to make in their life. And it’s fundamentally unfair that the actions of others and the delays of others that cause these vacant properties to pop up in their neighborhoods can have that negative affect through no fault of their own on their investment.”

Any construction work or projects to revive these homes are on hold until the agreement is renewed once again.