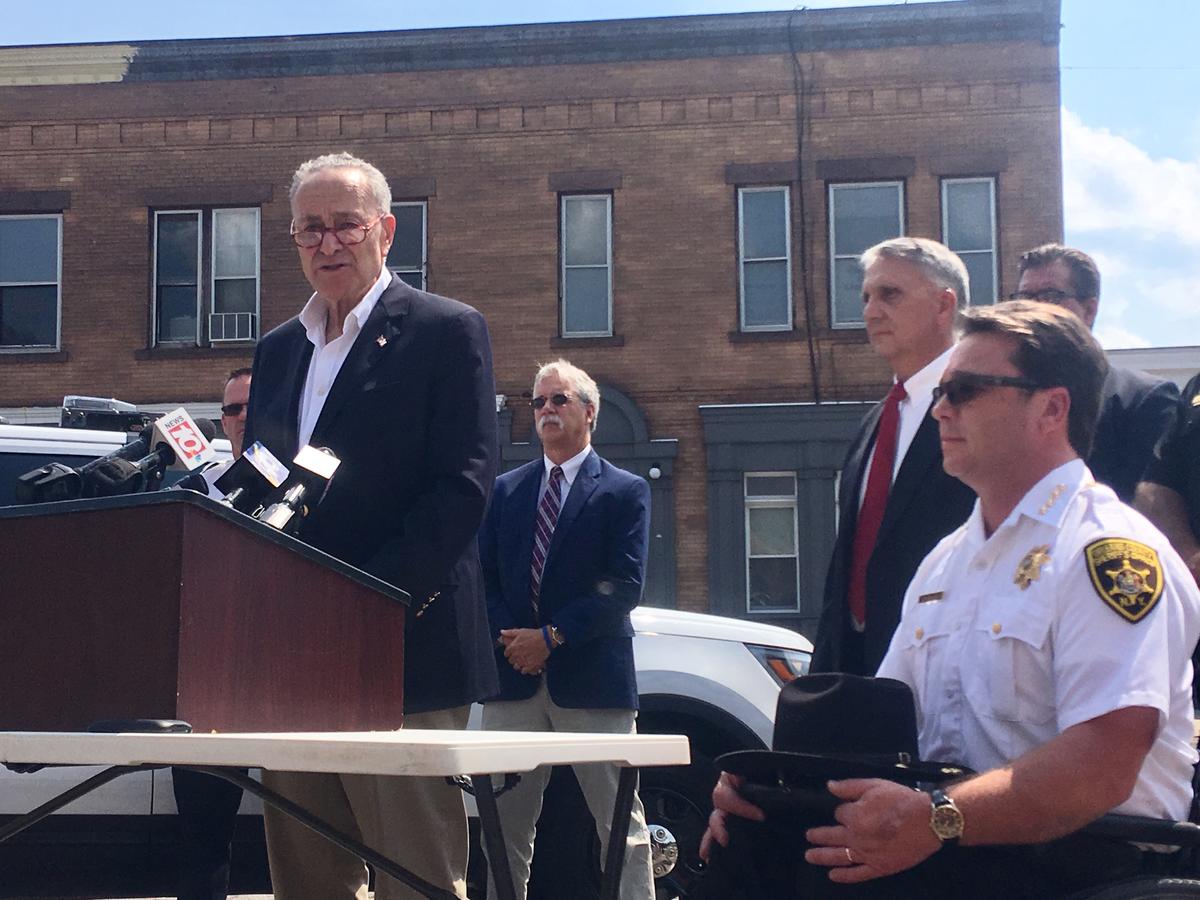 Standing in front of the one-story police headquarters in Holley, an Erie Canal village of about 2,000 people, the Democrat urged his senate colleagues to support an effort to bring “cutting-edge technology” to the fight against opioids across the state.

Schumer said the money the federal government is spending to fight the opioid epidemic is largely going to cities. That puts the public and law enforcement officers in rural areas at risk, he said.

Schumer said 36 people have overdosed on opioids in Orleans county this year, seven of them fatally.

In particular, Schumer cited the risk of the drug fentanyl, which has a legitimate use as a pain killer, but is also making its way into street drugs.

Schumer and Holley and Orleans County law enforcement officials said fentanyl is particularly dangerous because it’s lethal at a much lower dose than other opioids. People buying street drugs are not always aware of what they’re getting, said Orleans County Sheriff Randy Bauer.

“The potency is deadly now. Many times they think they’re buying heroin, but it’s fentanyl.”

The legislation Schumer advocated would make federal grants available to local law enforcement agencies to buy equipment that can detect fentanyl.  Bauer says that’s important because the drug is so lethal that it poses a danger to investigating officers.

The handheld detectors are already in use in post offices and other federal facilities, the senator said.

Schumer said he hopes to have the legislation passed this winter. “It’d be a good Christmas gift to these police officers and sheriffs,” he said. “It sure would. Thank you, sir,” said Bauer.