ROCHESTER (WXXI) – People organize their lifestyles around access to transportation, so the advent of autonomous vehicles is important for their economic, social and environmental impact.

That’s from one of the authors of a new paper on the subject.

Assistant professor in sustainability at RIT, Eric Williams, says they looked at a number of ways people could reclaim all the time they spend behind the wheel.

“Anything from okay, we need to bring our kids to the sports team, well let’s have the vehicle do it instead of doing it ourselves.  You know, thinking of taking a lot more trips, overnight in your car, because your car can drive you rather than having to stay up yourself,” he said.

Williams says the top 20 percent of people who drive or take public transit everyday could benefit from such vehicles.

He says they found 19 million people with the longest commutes drive 2 and a half hours a day. 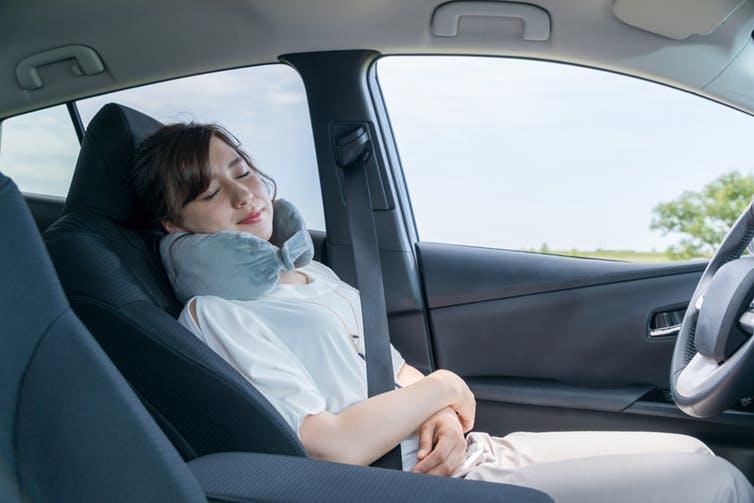 Sleeping behind the wheel might be a good thing in the future CREDIT THECONVERSATION.COM

Williams says the elderly are another group that would spend more time doing activities like shopping and socializing if they had access to self-driving cars.

The researchers studied Bureau of Labor Statistics data from daily time diaries to find out what people do with their time.

Williams says they conducted the research to try to better understand how autonomous vehicles are going to transform lifestyles.

And in particular, what that may mean for sustainability.

He says much of that depends on whether people will send empty vehicles on errands, or if more people adopt a shared vehicle model in the future.