SYRACUSE, NY (WRVO) – Syracuse Bishop Robert Cunningham hopes a new program offering reconciliation and compensation to victims of clergy abuse can move the church past a scandal that has dogged it for years.

The new Voluntary Independent Reconciliation Program will look at claims filed by survivors of clergy abuse in the Syracuse Diocese and offer reparations and promote healing to those harmed by members of the clergy. It will be administered by two outside individuals who have run similar compensation programs downstate. 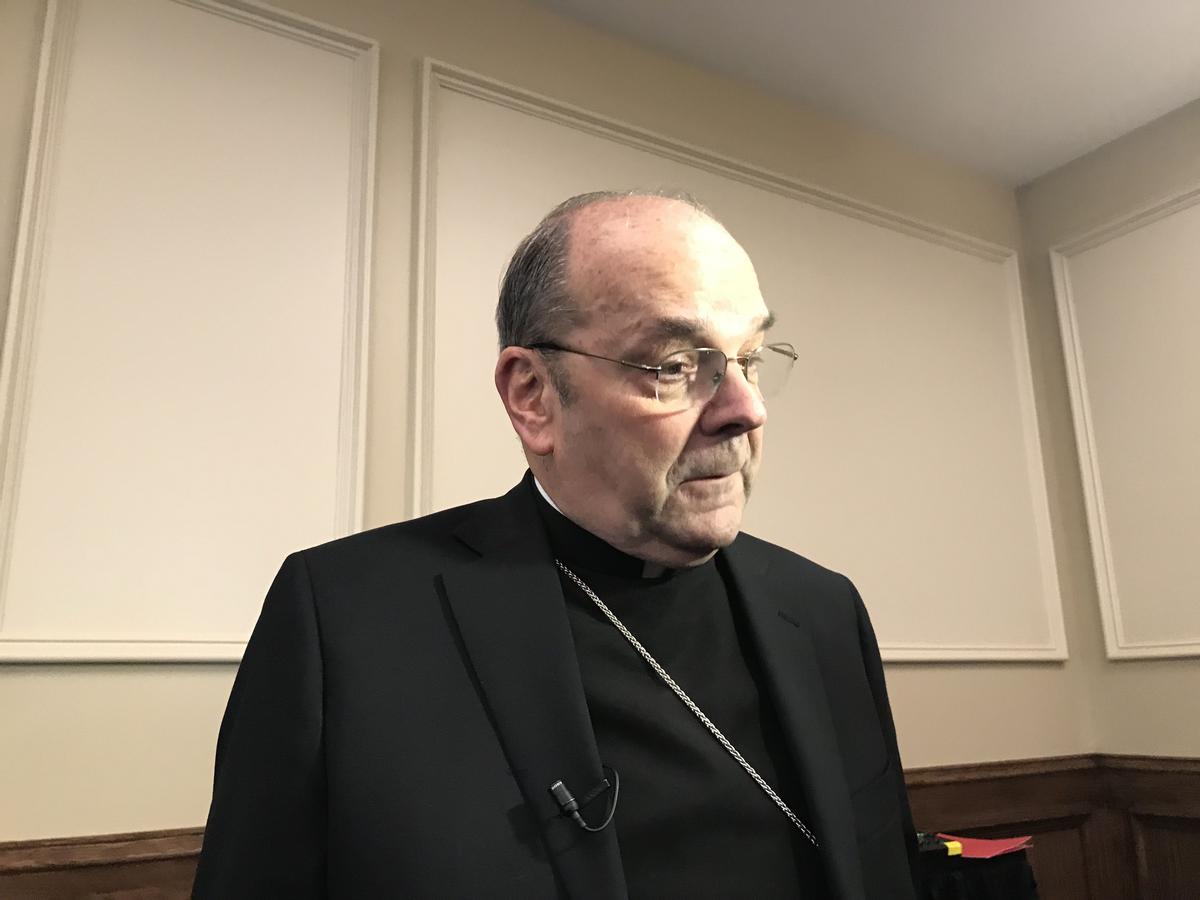 In announcing the program, Cunningham admitted the church will never fully make amends for the harm caused by the church.

“I hope that this will be seen by all of our Catholic people as a step forward, and step to reach out to people who have been harmed by the church,” Cunningham said.

The church will have no say in any determination of compensation for victims. That’s important says diocesesan spokeswoman Danielle Cummings.

“Victims don’t want to come into the Diocese and talk to the bishop or our attorney,” Cummings said. “The trust factor isn’t there. They have an independent group who can objectively look at this and say ‘You’ll get x, y or z.’ It just makes sense.”

Any reparations paid would come out of the church’s liability insurance fund – not donations to parishes, schools or the annual Hope Appeal. Accepting them would block victims from suing the church in the future.

The diocese has already reached settlements with 20 individuals who were harmed by clergy. There are potentially 132 claims that could be filed through this program, some dating back to the 1940s.

In the years since the clergy abuse story broke, some Catholics have left the church, dismayed with how the church hierarchy dealt with it. Whether this will make a difference, Cunningham says he remains hopeful.

“We’ll never fully make amends for the harm that has been caused,” He said. “But it’s a gesture on our part, and we hope that people will come back.”

The program will not apply to any new claims of abuse.