SYRACUSE, NY (WRVO) – Syracuse University officials have taken a noticeably tougher stance against protests by #NotAgainSU, a group of students that says the administration hasn’t done enough to address racist and anti-Semitic incidents on campus in the last few months.

When #NotAgainSU occupied the Barnes Center on campus for eight days in November, SU officials suspended the rules so the students could stay in the building 24 hours a day. But when the group occupied Crouse-Hinds Hall Monday, they were asked to leave when the building closed at 9 p.m. About 30 students refused to leave, so administration officials told them they faced interim suspensions for refusing the leave the building. Tensions continued to rise Tuesday. With students still at Crouse-Hinds Hall, SU officials moved classes out of the building and would only let people in who had card access. Department of Public Safety officials refused to let outside food and other supplies be delivered, leading students inside to say they were being starved.

SU officials say the students are not being denied food, and said dinner was provided to the students Tuesday night.

“Students are free to leave the building at any time,” the university said in a statement.

But students in the building say they are being treated like prisoners.

Just when #NotAgainSU protesters inside Crouse-Hinds were told that “essentials” were being allow into the building, a DPS officer searched our bags and threw food outside onto the ground. “Essentials” are being labeled only as medical and hygiene products. (1/2) 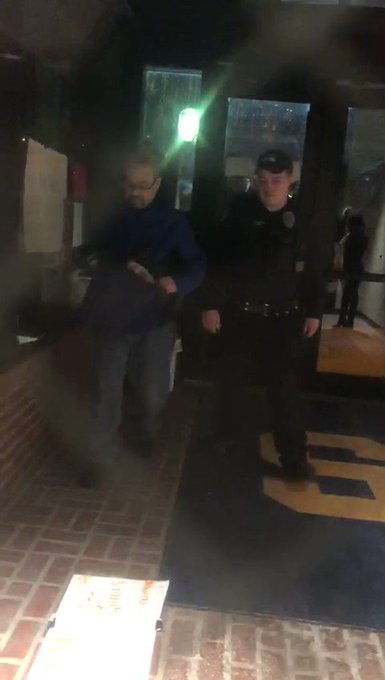 It is clear that the administration is trying to starve us out and silence our student voice. We pay $52,000+ to be dehumanized and treated like prisoners. Please come outside Crouse-Hinds and continue to protest these injustices. #NotAgainSUspended #FreeCrouse (2/2) 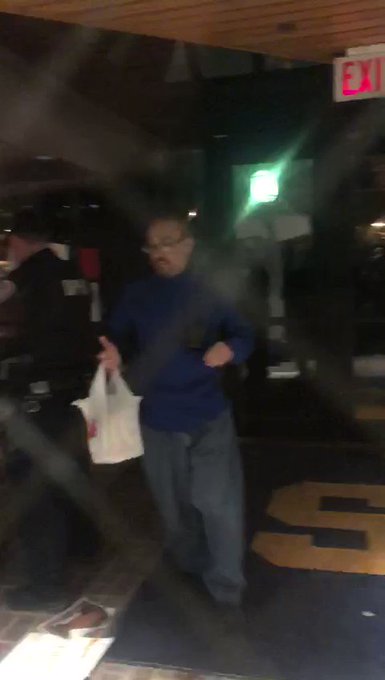 Grace Gay, a sophomore at SU, said the university is enabling racism on campus and the protesters inside are brave for fighting for what they believe in.

“Student protests are what cause change on university campuses,” Gay said. “To basically, disallow students from peacefully protesting, just sitting in a building, says a lot about how the university views students of color, views protesting, views change.”

She said she also does support the removal, even if it’s temporary, of the Syracuse University chancellor and Department of Public Safety chief, something the protest movement is demanding. Gay said protesters don’t just want more diversity and inclusion, they want integration.

“We want students to feel like they are a part of this campus and everyone is united, and to not let hate crimes go without justice,” Gay said.

#NotAgainSU has demanded that Chancellor Kent Syverud, and DPS Chief Bobby Maldonado and two other administration officials resign by Friday or “escalated action” will take place.

A junior at SU, who did not want to give her name, said initially, the renewed protest was in regards to more transparency between the administration, faculty and students. She said a revised list of demands made by protesters, which includes expelling perpetrators of hate crimes, has not been addressed by the administration.

“And now we’re all here because we’re angry that they’re threatening the students with suspension,” she said. “They are suspending them. I’m pretty sure everyone in this crowd has signed the petition, has brought some sort of food or blanket to support them inside for the same reason.”

An online petition to reverse the suspensions of more than 30 protesters who refused to leave Crouse-Hinds Hall, has more than 2,500 signatures. SU officials say none of the students have actually been suspended, but names were turned over for possible suspension measures.

In a statement, Syracuse Mayor Ben Walsh said he is continuing to monitor the situation.

“My primary concerns are ensuring that students and the campus community are safe and that students are provided the opportunity to present their concerns,” Walsh said. “My staff and I will continue to be in regular contact with the Administration, the Syracuse Police Department and, as in the past, with students on campus.”