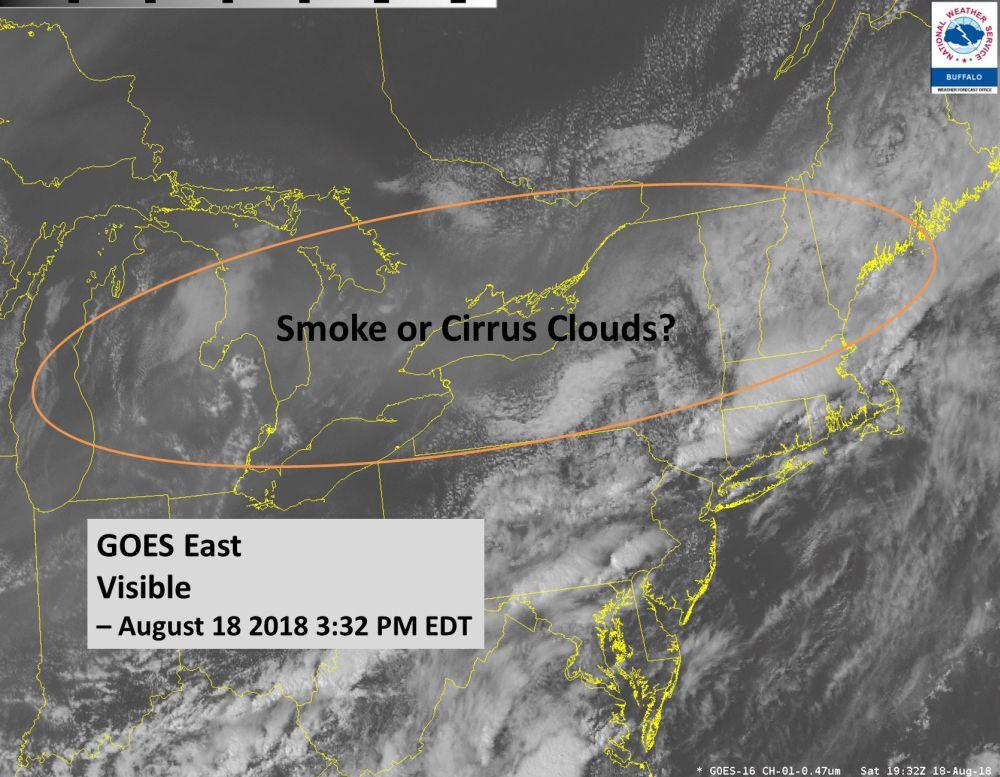 ROCHESTER, NY (WXXI) – Even when the skies have been relatively clear in recent days, you may have still seen what looked like some of those wispy, cirrus clouds in New York. But what you may have actually been seeing is smoke from wildfires in Canada. National Weather Service meteorologist Aaron Reynolds says this sort of thing has happened before, it really just depends on the Jet Stream and other factors.

“What they would have seen is just a haze from the smoke, from the wildfires that have been burning out west and that smoke has been transported east; so every once in a while, if we have enough wildfires out west, you can see the smoke, here over our area,” Reynolds told WXXI News.

Reynolds says the smoke can also change the color of the sky, making it appear redder than usual. 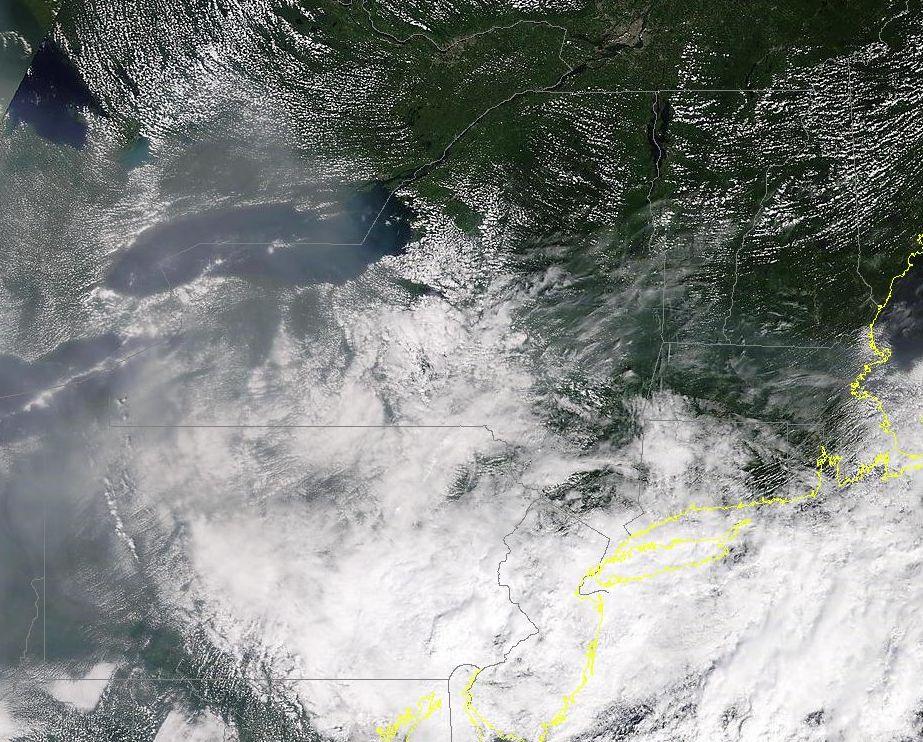 Reynolds says the smoke is very high up, in some cases more  than 25,000 feet, so at this point, there is no health hazard from that smoke. (See this photo to the right from the NWS-Buffalo Facebook page on Sunday. NWS comments on the photo: “Here is an updated image of our smoke cover across western New York. This picture was snapped by a low…polar orbiting satellite earlier today. Note the ghostly white coverage of the smoke across western portions of New York and Pennsylvania and over Lakes Erie and Ontario. Pilot reports suggest that the smoke is roughly 8-10,000 feet aloft.”

While this latest wispy, smoke was related to wildfires in Canada, Reynolds says even fires in California can sometimes cause the same phenomenon.

“Some of that smoke, depending on what pattern we’re in ,what kind of jetstream aloft, some of that smoke could get transported east, it’s usually under very rare conditions, but it does happen.”

The National Weather Service uses certain kinds of satellite technology to make sure they can distinguish between cirrus clouds and what may be smoke from wildfires.