ROCHESTER, NY (WXXI) – Magic 8 Ball, Uno and pinball have made it into the National Toy Hall of Fame at the Strong.

The three were inducted Thursday in recognition of their staying power and influence.

Vice President for Collections, Chris Bensch, says this is the first time that three games have been inducted in a single year, and each game is very social in its own way.

“Magic 8 ball combines you with your friends in trying to foretell the future, pinball mostly happens in public settings…and of course Uno is the ultimate family get together game for social settings.”

Magic 8 ball has finally made it after being nominated 7 times.

The card game Uno was invented by an Ohio barbershop owner. 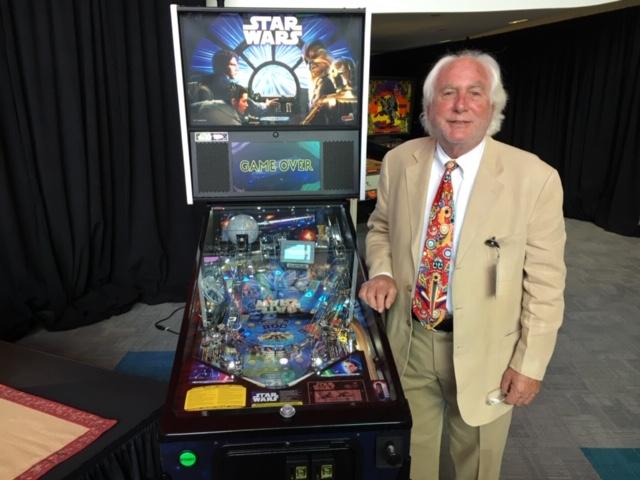 There’s been a resurgence in the popularity of pinball, according to Gary Stern, president and founder of Stern Pinball.

“Games have just gotten better, gotten better.  It’s a great game, it’s a ball and bat game, a fun game for all levels of players, if its designed right,” he said.

The honorees were chosen from a field of 12 finalists that also included American Girl Dolls, chalk, Chutes and Ladders, the Fisher-Price Corn Popper, Masters of the Universe, sled, tic-tac-toe, Tickle Me Elmo and Tudor Electric Football.

This year’s inductees will be on permanent display at the Hall of Fame, located inside The Strong museum, alongside 65 previous honorees that include playthings ranging from the stick and cardboard box to Barbie and Lionel Trains.

Anyone can nominate a toy.

A panel of experts makes the final selections, considering things such as a toy’s longevity and influence on toy design.

Curator at the Strong, Michelle Parnett-Dwyer, along with some help from her friends, introduces the Magic 8 Ball, which has finally made the Hall after being nominated 7 times: