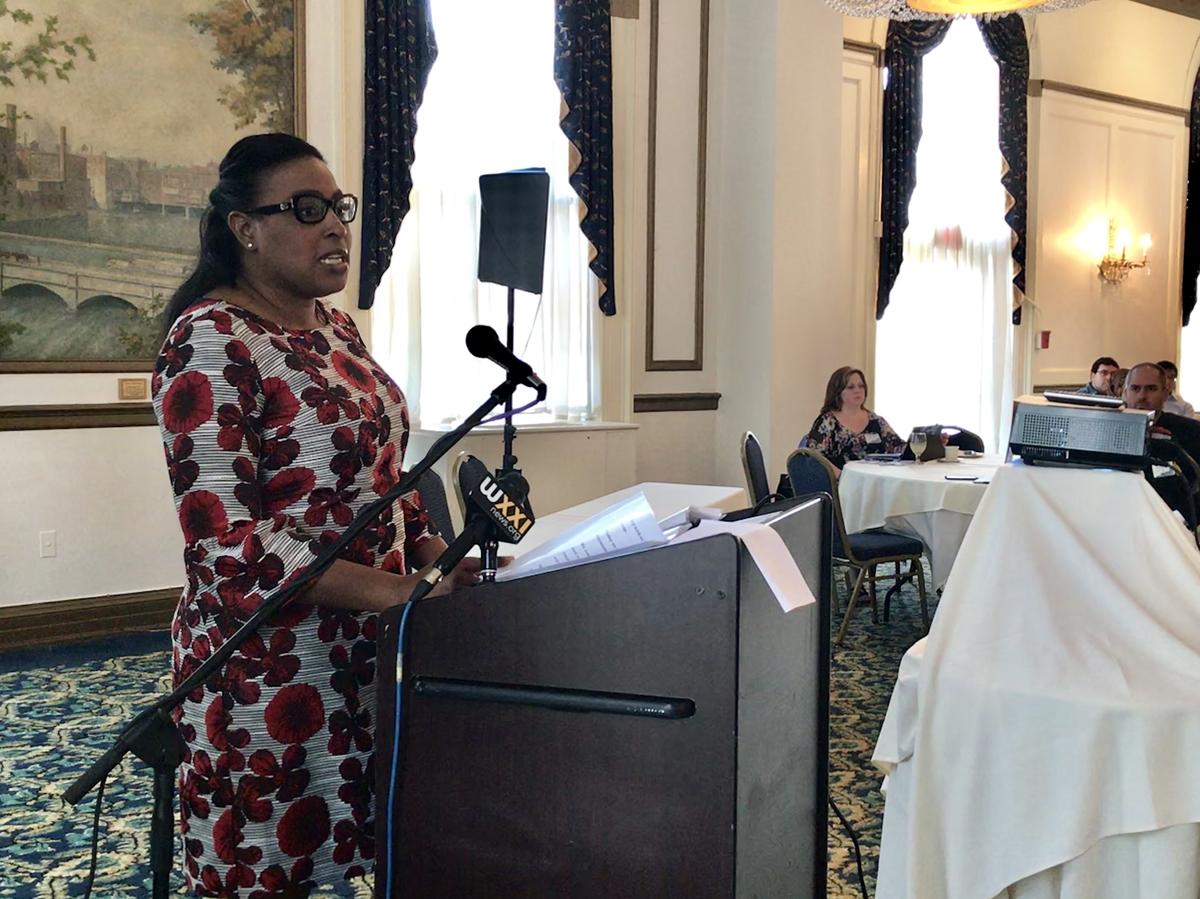 ROCHESTER, NY (WXXI) – Regional transit experts are working hard to improve local transportation. They say they want to reduce the dependency on cars but in an area like upstate New York, that’s not easy.

On Thursday, experts and transportation practitioners came together for the all-day Mobility Innovation Summit. That summit allowed them to discuss current barriers, opportunities and next steps for getting more people onto bikes, buses and other shared transportation options.

Shared Mobility Inc, a Buffalo-based company, hosted the summit and say it’s important that smaller cities and rural areas don’t get left out of the conversation. The summit attracted people from as far as Ohio.

“Across New York State, Northeast Pennsylvania, rural Ohio, a lot of folks are here to talk about that because in the age of technology and innovation we don’t want smart cities to emerge only in the most dense metropolitan areas,” said Rachael Heckl, Director of Expansion Initiatives at Shared Mobility.

“We think that a big part of the solution in Upstate New York is in creating new community-based shared mobility options [that] can play an ever-greater role for residents. This summit aims to empower our communities with the tools they need to do so.”

And they’re not just focusing on the commute to work. Creighton Randall, Program and Development Director for Shared Mobility, says too often this conversation gets stuck on work but that’s just “20 percent of what we use” transit for.

“Regardless of income, regardless of race, people were saying the same things about how they used these services: trip to the grocery store, doctors appointments and job interviews, picking up kids from childcare and those trips represent 80 percent of the trips we make,” he said.

He said the focus is more about knitting together these different transportation services and seeing how to make them more useful. Maybe instead of adding more bus stops, the city can increase bikesharing in an area. He says it’s important to understand how people get around.

And a large chunk of Rochester’s residents use the transportation system because they have to. According to the CGR Report, “Transportation and Poverty in Monroe County,” 47 percent of people who use mass transit to get to work do so because they don’t have a car. Replacing the car won’t be easy.

Mayor Lovely Warren spoke at the summit, saying it’s time to reverse a long history of focusing on drivers. She says the Inner Loop, and many other small features of downtown lent to the domination of cars.

“With the advent of the interstate highway, system decision makers stopped investing in public transportation. They catered to the car and the single occupancy vehicle. Downtown Rochester was designed so that workers could drive in and never set foot on our sidewalks.”

She said drivers could park in a lot and instead take a skybridge straight to their building.

When they left for the day, they could get straight on the Inner Loop and bypass much of downtown. Warren says now the city is working to get more people out of their cars and onto the streets. Filling in the Inner Loop, she says, is just one step. Increasing access to the Pace bikeshare program and redesigning bus routes are the next steps.