ROCHESTER, NY (WXXI) – Genesee Beer will be the official beer of Watkins Glen International.  That announcement was made Monday in a large warehouse at the St. Paul Street brewery, with the Toyota pace car that will appear at various events this year in the background. The Genesee logo is on that car.

Officials say it’s been decades since the two businesses have had this kind of partnership, but Matt Goldman, trade marketing manager at Genesee, says it makes sense to go all out and promote that beer, especially after the brewery just went through a $48 million renovation. And Goldman says it won’t just be the visibility at the big NASCAR race in August that will get all the attention.

“It goes well beyond NASCAR, because Watkins Glen attracts half a million fans a year to all their events, so, while the … signature event might be NASCAR weekend, they have so many events that bring so many folks across many demographics all season long,” Goldman told WXXI News. 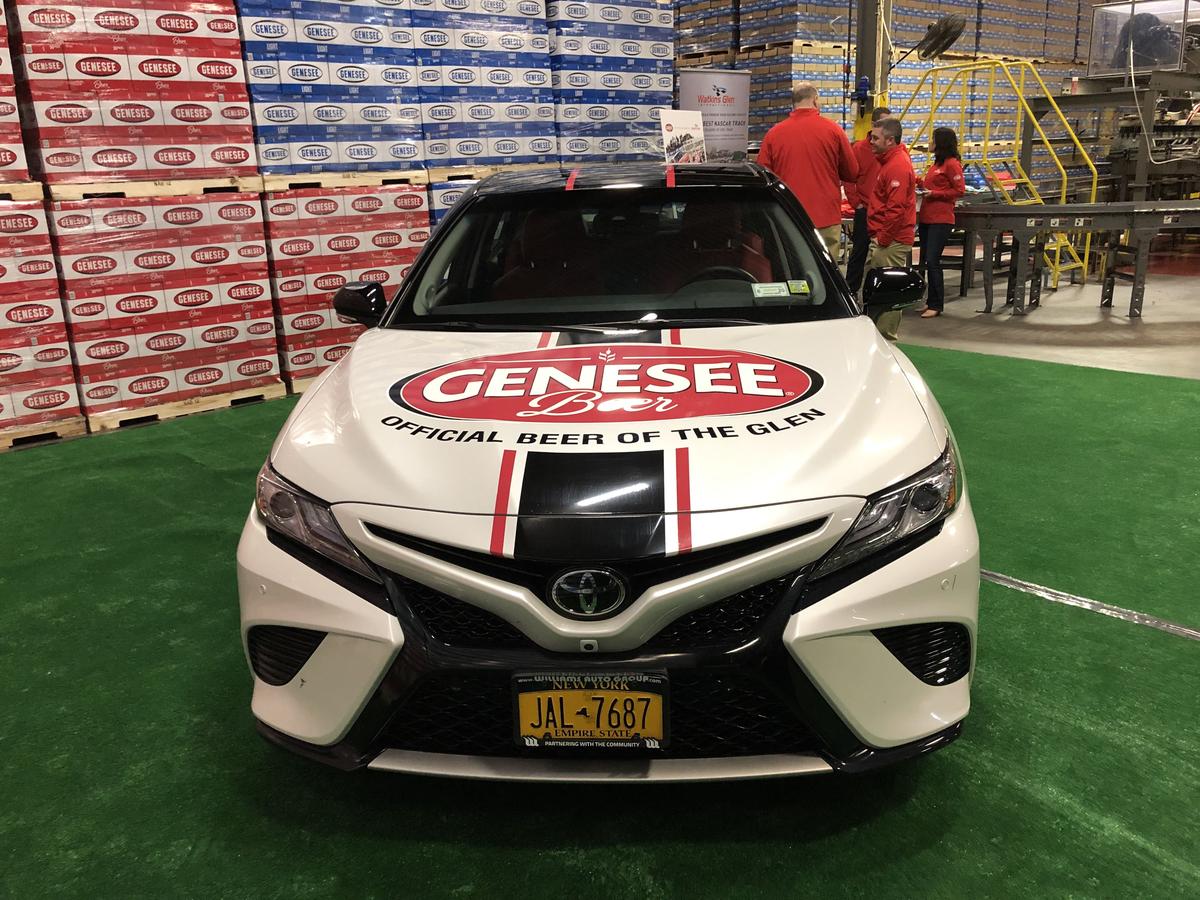 Michael Printup  is president of Watkins Glen International. He says it makes good business sense to join forces with a well-known local brand like Genesee.

“A lot of race tracks go after national, we want to go after local and community, we feel we can service the client better and we feel the partnership is more valuable that way for both sides,” Printup said.

There will be several events this summer, including the 50th anniversary of Woodstock, where the Genesee brand will be promoted. The two companies have signed a three-year deal, with the possibility that contract could be extended.

Janine Schoos, associate brand director for Genesee, made the announcement: