ALBANY, NY (WSKG) – There are three weeks until primary day in New York, and the Democratic underdog for governor, Cynthia Nixon, is laying out her plans for the final stretch of campaigning, saying there is a potential path to victory.

Nixon is trailing incumbent Gov. Andrew Cuomo by 30 points in the polls. But she said there is a path to victory, and recent contests — including the June upset win of Alexandria Ocasio-Cortez over incumbent Congressman Joe Crowley in a Democratic primary — have shown the polls aren’t always accurate.

“I think that the polls right now are not capturing the new progressive voters and the hunger for real change,” Nixon said.

Nixon said there are a half-million new registered Democrats who will be eligible to vote in the Sept. 13 primary.

The challenger, who has relied on small donations to fund her race, has far less money to spend on television advertising and get-out-the-vote efforts than does incumbent Cuomo, who has $30 million in his campaign account. She’s instead employing a grassroots effort.

“We’ve got thousands of volunteers across the state,” Nixon said. “And we’re mobilizing our army.” 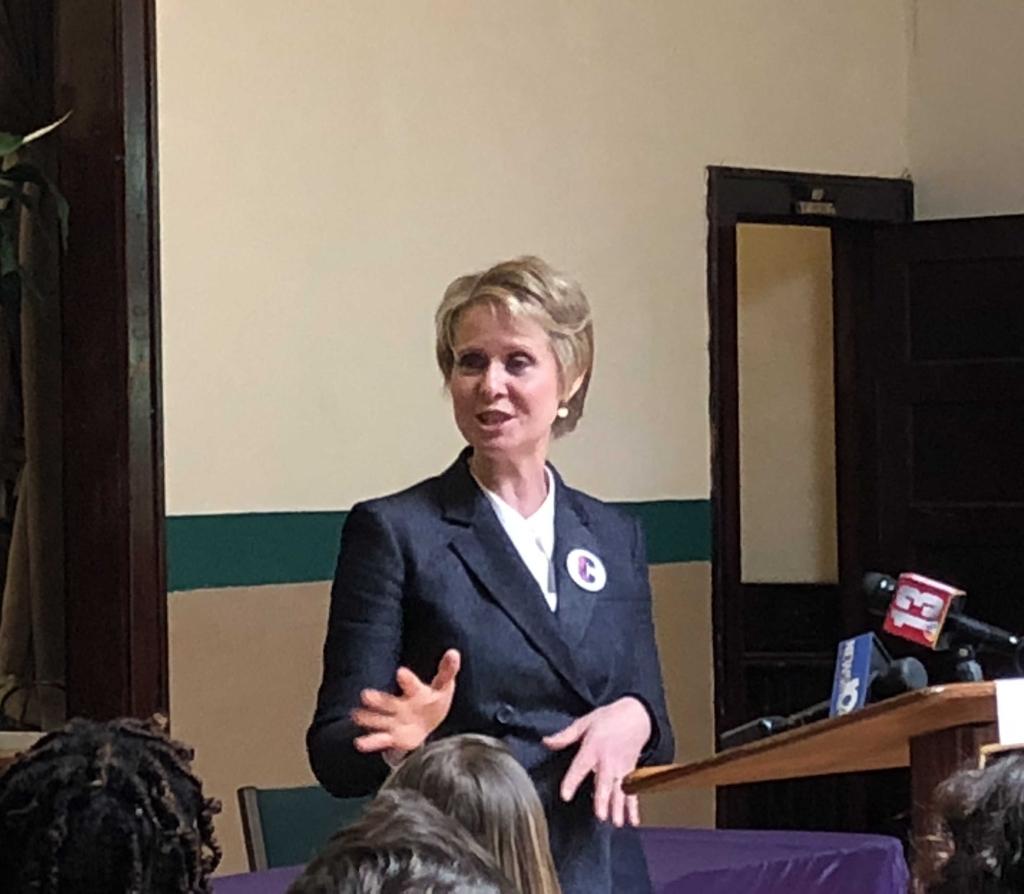 Nixon was in Albany on Thursday to speak about education policy at a church in one of the city’s poorest neighborhoods. She told the audience of about 200 people that if she’s elected governor, she would end what she called the “criminalizing” of some children by stopping school suspensions for minor infractions for children from kindergarten to third grade and prohibiting school-based arrests of students.

“What we see is really two systems of education. One in which wealthy white children are given every advantage to succeed, and the assumption is they will be going on to college,” she said. “And in our majority black and brown schools, we have too many kids fed into the school-to-prisons pipeline.”

The underdog candidate, who describes the race as a “David and Goliath” fight, won’t say whether she might support Cuomo if he’s successful in the Sept. 13 primary, saying that she intends to win. But she did say, in answer to a question from a reporter, that Cuomo is a better choice than the Republican in the race, Marc Molinaro.

Cuomo, meanwhile, has not been idle. He awarded $10 million in state funds to the village of Owego, in the Southern Tier, to help spruce up its downtown. And he urged the state Legislature to address what’s known as the double jeopardy loophole — a provision in New York law that could prohibit state prosecutors from pursuing a potential criminal case against President Donald Trump’s lawyer, Michael Cohen, now that Cohen has pleaded guilty to federal crimes.

Nixon agrees with the measure to close the double jeopardy loophole.

The governor also signed a bill to protect pets that are abandoned when a renter is evicted from their home.