SYRACUSE, NY (WSKG) – The Oswego marina is closed due to flooding from record high water levels in Lake Ontario, which could continue to increase in the coming weeks. Officials cited safety concerns as the reason for the closure.

Mike Storms of Oswego was checking on his boat at the Wright’s Landing Marina. He said the flooding has been quite a nuisance.

“Half the parking lot is underwater,” Storms said. “You got makeshift bridges to the boat launches and every individual dock.” 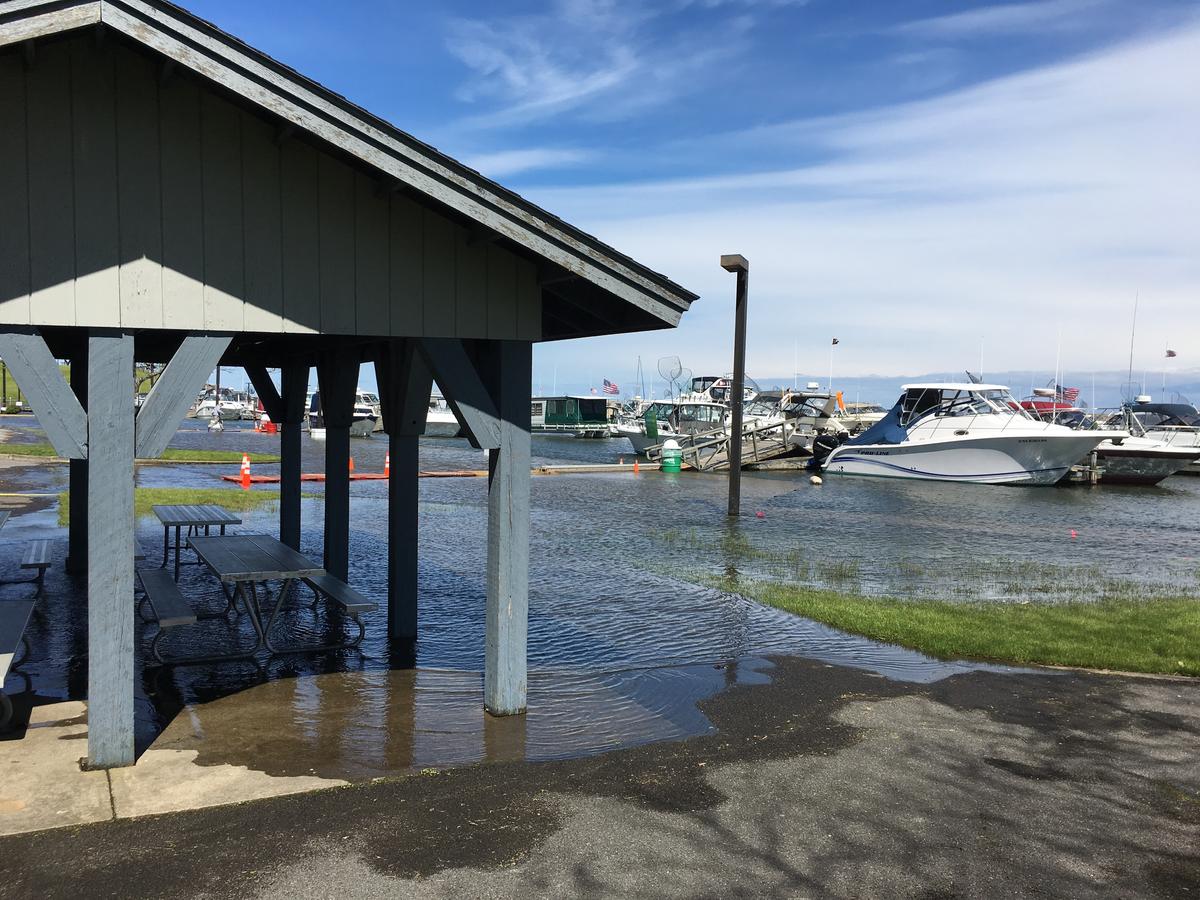 Even though the marina is closed, charter and fishing boats can go in and out on their own accord.

At just over 249 feet, Lake Ontario has surpassed its 2017 record, which caused millions of dollars in damages to Oswego.

Fire Chief and Emergency Management Director Randy Griffin said with flooding on the docks, and strong wind and wave action, there’s the potential for danger.

“We don’t want anybody slipping and falling into the water,” Griffin said. “We don’t want their boats ending up on shore. So, for right now, it makes the most sense to shut the marina down.”

Even the temporary docks, built up over existing docks, he said, are being overtaken by water.

“To put a dock on top of a temporary dock, where does this end?” Griffin said. “So, for right now we’re going to hold off, wait until the water level drops, and then the marina will be back open.”

The water level is expected to reach this year’s peak in one to three weeks.