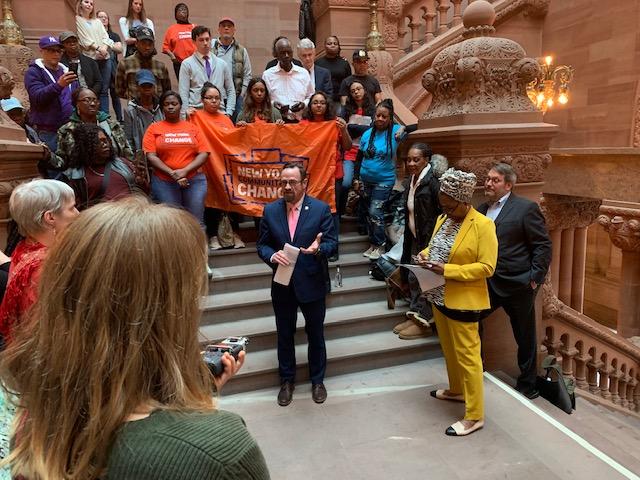 Ron Deutsch, the group’s executive director, said housing – not including utilities – should cost about 30% of your income. Anything more is considered a rent burden.

“There’s a housing crisis going on right now,” said Deutsch. “Because far too many people are paying excessive amounts of their income in rent.”

He said it’s not limited to big cities.

“People think that this is only a New York City issue whereas this is an issue all across the state,” said Deutsch.

The study says that 2 out of 5 renters — and 60% of minorities — in the Rochester area are rent-burdened. Others upstate cities face similar numbers, but Rochester’s are the highest.

Also, an apartmentlist.com report says Rochester is outpacing the rest of state and nation in rent hikes. The area is up 1.7% year to year.

Those are a few of the reasons why politicians on the state level are considering tinkering with decades-old rent laws. Some potential changes include what’s known as “the Good Cause bill,” which makes it harder for landlords to evict tenants without cause.

Other proposed changes include preventing landlords from increasing rent when leases are renewed, and when buildings are remodeled. Many other changes are on the table including expanding rent stabilization.

“Eight counties in downstate near New York City and surrounding counties, any town, city or village can choose to opt in to stabilize their rents, and currently, the rest of upstate New York doesn’t even have that option,” said Acuff.

Acuff and other members of the tenant union spent Tuesday meeting with state lawmakers, including Assemblyman Harry Bronson. Acuff said passing these laws would change the relationship between municipalities, landlords and tenants.

“We are going to be laser focused on dealing with rent regulations- not only just in the City but across the entire state.” pic.twitter.com/9OsnzLzn2N

Acuff’s hopes have some traction in Albany. State Assembly Majority Leader Carl Heastie said he is “laser focused” on rent laws statewide and said the door is still open for law changes like the Good Cause bill in the Assembly. Bronson also showed support for changes to rent laws.