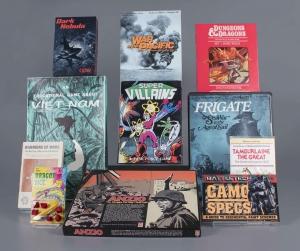 “These 12 World Video Game Hall of Fame finalists span decades, gaming platforms, and countries of origin—but what they all have in common is their undeniable impact on the world of gaming and popular culture,” says Jon-Paul Dyson, director of The Strong’s International Center for the History of Electronic Games. “Whether it’s a true innovator and original like Spacewar!, a pop culture icon like Ms. Pac-Man, or a game like Minecraft that’s still played by millions around the world, they’re among the most influential games of all time.”

The World Video Game Hall of Fame received thousands of nominations from more than 100 countries for consideration for the 2018 class.

The final inductees will be announced at the Strong Museum on May 3rd.