HARRISBURG, PA (WITF) – The effectiveness of a law aimed at protecting victims of domestic abuse from gun violence is difficult to measure, according to the leader of the Pennsylvania Coalition Against Domestic Violence.

“The truth is, we don’t know yet,” said coalition CEO Susan Higginbotham at a gun violence hearing in State College on Monday.

Higginbotham, whose organization advocated for the legislation that became Act 79, said gun relinquishment data for protection-from-abuse and misdemeanor crimes of domestic violence cases is not publicly available.

“We do not know whether or not there is, in fact, an uptick in the number of weapons relinquished,” Higginbotham said. And she said the group doesn’t know if people who were ordered to give up weapons actually complied.

She made the comments during one of five scheduled regional hearings hosted by the Special Council on Gun Violence, an 18-member group created by Gov. Tom Wolf in August of this year. The council’s recommendations are due in the spring of 2020. 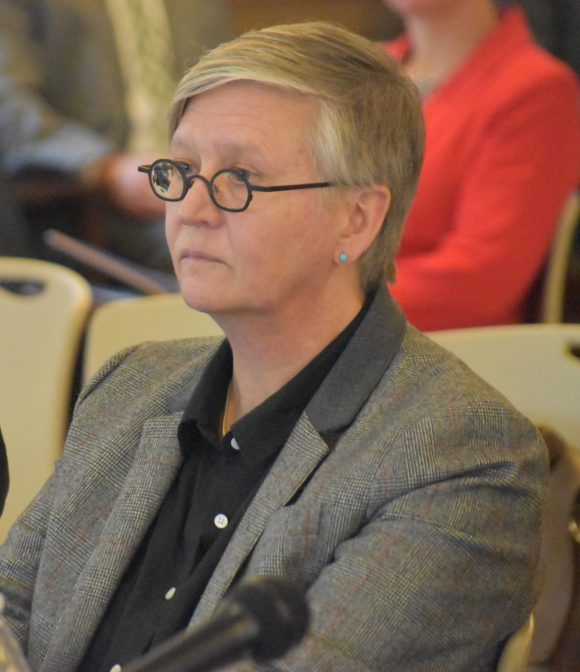 Susan Higginbotham, CEO of the Pennsylvania Coalition Against Domestic Violence, listens during a gun violence hearing in State College on Monday, Nov. 25, 2019.

Act 79, which took effect in April, came up multiple times during Monday’s hearing. Groups that work to protect victims of domestic violence believe getting guns out of households where abuse occurs is an effective way to save lives. The National Domestic Violence Hotline cites a peer-reviewed study that found the presence of a gun in domestic violence situations increases the risk of homicide for women by 500 percent.

Under the new Pennsylvania law, a judge is required to order a person to surrender firearms if they are the subject of a PFA order entered after a contested hearing. Judges do not have to order guns removed if the two sides reach a final order through a consent agreement.

And PFA defendants can no longer hand over guns to a friend or family member for safe-keeping.  They must now surrender guns to law enforcement, an attorney, licensed firearms dealer or commercial armory.

The law also increased gun restrictions for people convicted of misdemeanor crimes of domestic violence — giving them 24 hours, instead of 60 days, to hand over guns.

“At no point will any person who appears at one of the state police facilities be turned away or directed to another location or agency for relinquishment,” Magyar said.

He said his troop has investigated 13 instances of someone not complying with the relinquishment requirement of the law. He did not know how many of those resulted in criminal charges.

Higginbotham hopes to see a drop in domestic violence fatalities in 2020 — the first time Act 79 will be in place for a full calendar year.

Cumberland County Sheriff Ronny Anderson told the panel there are limits to what law enforcement officers can do to ensure someone surrenders all the guns covered by a PFA order.

“We cannot search the home,” Anderson said. “We cannot go through and search the drawers and everything else.” 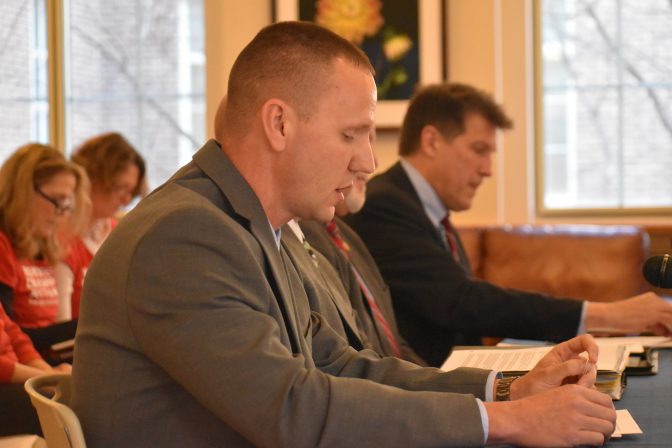 Courts don’t always have complete information on the number and type of guns owned by a defendant in a domestic violence case. Anderson said sheriff department deputies will require defendants sign an affidavit affirming that they have handed over all their guns — or that they don’t have any guns to hand over.

He told the panel that he has seen an increase in weapons handed over to his office. But he said the office has been “very fortunate” that they haven’t had more cases where the person ordered to give up guns owned a large collection.

After the hearing, Anderson said in one recent case someone relinquished about 80 guns to his office.

“We actually had to improvise and come up with a separate storage area just for those weapons,” he said.