(Harrisburg) — As drug companies race to create a vaccine to help control COVID-19, the state Department of Health is urging Pennsylvanians to “continue to listen to the experts” in the face of discredited information circulating about a potential vaccine.

Governor Tom Wolf’s office has repeatedly said the development of a vaccine is crucial in fighting the coronavirus pandemic.

Both President Donald Trump and Democratic presidential nominee Joe Biden have pointed to a COVID-19 vaccine as key to ending the pandemic. The Trump administration is even spearheading the rapid development of a vaccine, known as Operation Warp Speed, based on public health recommendations.

Yet both Republican Representative Daryl Metcalfe of Butler County and GOP Senator Doug Mastriano of Adams County say the vaccine would do more harm than good, even though one doesn’t exist yet. They also claim, without evidence, that Pennsylvanians would be required to take it.

“There are many of us that will stand with them [Pennsylvanians] to ensure that no medical procedure is going to be forced upon them, without their choice,” Rep. Metcalfe said during a presentation at the state Capitol Tuesday.

“Why should any bureaucrat be able to step in and say that you have to put this into your body? No you do not. You’re an American,” Sen. Mastriano said. 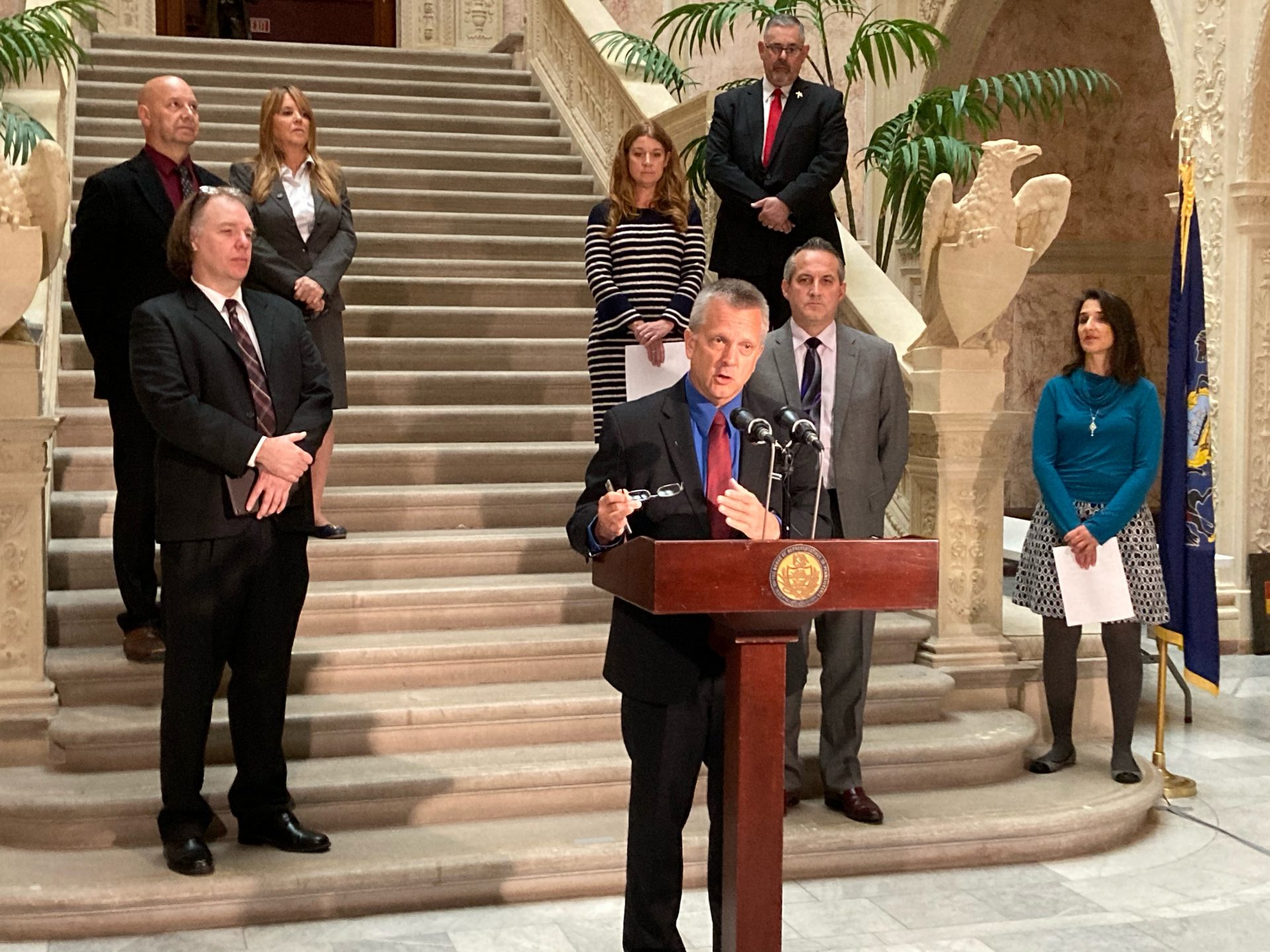 Sam Dunklau / WITF State Rep. Daryl Metcalfe (R, Butler County) convenes a presentation at the state Capitol on Oct. 20 casting doubt on a potential COVID-19 vaccine, claiming without evidence that such a vaccine would be forced on Pennsylvanians once it becomes available. At far left center, Sen. Doug Mastriano (R, Adams County).

Both Metcalfe and Mastriano have been vocal critics of the Wolf administration’s handling of the pandemic. Their claims come as the election moves into its final weeks, and as both state lawmakers are up for re-election.

Lyndsay Kensinger, a spokeswoman for the Wolf administration, said a COVID-19 vaccine, when available, will be entirely voluntary.

“While certain standard immunizations are required to attend school, for example, getting vaccinated is by and large voluntary for all Pennsylvanians, and the state does not force individuals to get vaccinated,” Kensinger said in a statement.

The vast majority of scientific research on vaccines prove they are effective at preventing disease without major side effects. Federal agencies like the Food and Drug Administration require testing before a vaccine is approved, and the Centers for Disease Control and Prevention monitor for adverse reactions.

In its statement, the Wolf administration pointed to a news conference held last year that addressed misinformation surrounding vaccines after similar claims to Metcalfe’s were being passed around in the US Senate.

“It is important that Pennsylvanians continue to listen to the experts, not elected officials who have no experience, background or knowledge of medicine,” the administration said.