PA POST – Legislation that would limit the governor’s ability to restrict access to guns during a disaster emergency declaration is moving through the Pennsylvania General Assembly.

The bill passed out of the House with a bipartsian 127-74 vote Wednesday despite opposition from CeaseFirePA and the Pennsylvania chapter of Moms Demand Action for Gun Sense in America, two groups that advocate for increased gun restrictions.

Under current law, people are banned from openly carrying a gun during a disaster emergency declaration, unless they have a concealed carry license, are exempt from having such a license, or are actively defending their life or property.

The bill from state Rep. Matthew Dowling (R-Fayette) would eliminate that ban.

“I really don’t think there’s reason for the governor to have this power over guns,” said Dowling. “We are given the ability to keep and bear arms by the Constitution.”

The bill also would change the state’s disaster emergency law, striking out firearms from a list of items or activities that the governor can restrict.

» Sign up for The Context, our daily newsletter about governing and governments across Pennsylvania.

That change, Dowling said, would prevent the governor from closing gun shops, which he briefly did in March in the early weeks of the coronavirus emergency. Gov. Tom Wolf (D) later allowed the shops to reopen, provided they comply with social distancing guidelines and limit the number of customers inside stores at any given time.

Dowling acknowledged that Wolf or a future governor could argue he still has the power to close those gun shops as part of the broader emergency powers. But Dowling said supporters of keeping those gun shops open would have a stronger case in court for doing so because judges could see the legislative intention of this bill.

Alcoholic beverages, explosives and combustibles would remain on the list of items the governor could prevent the sale of during an emergency.

Only two Republican lawmakers voted against the bill — state Reps. Tom Murt and Todd Stephens, both of Montgomery County. The measure picked up 21 votes from Democratic lawmakers. 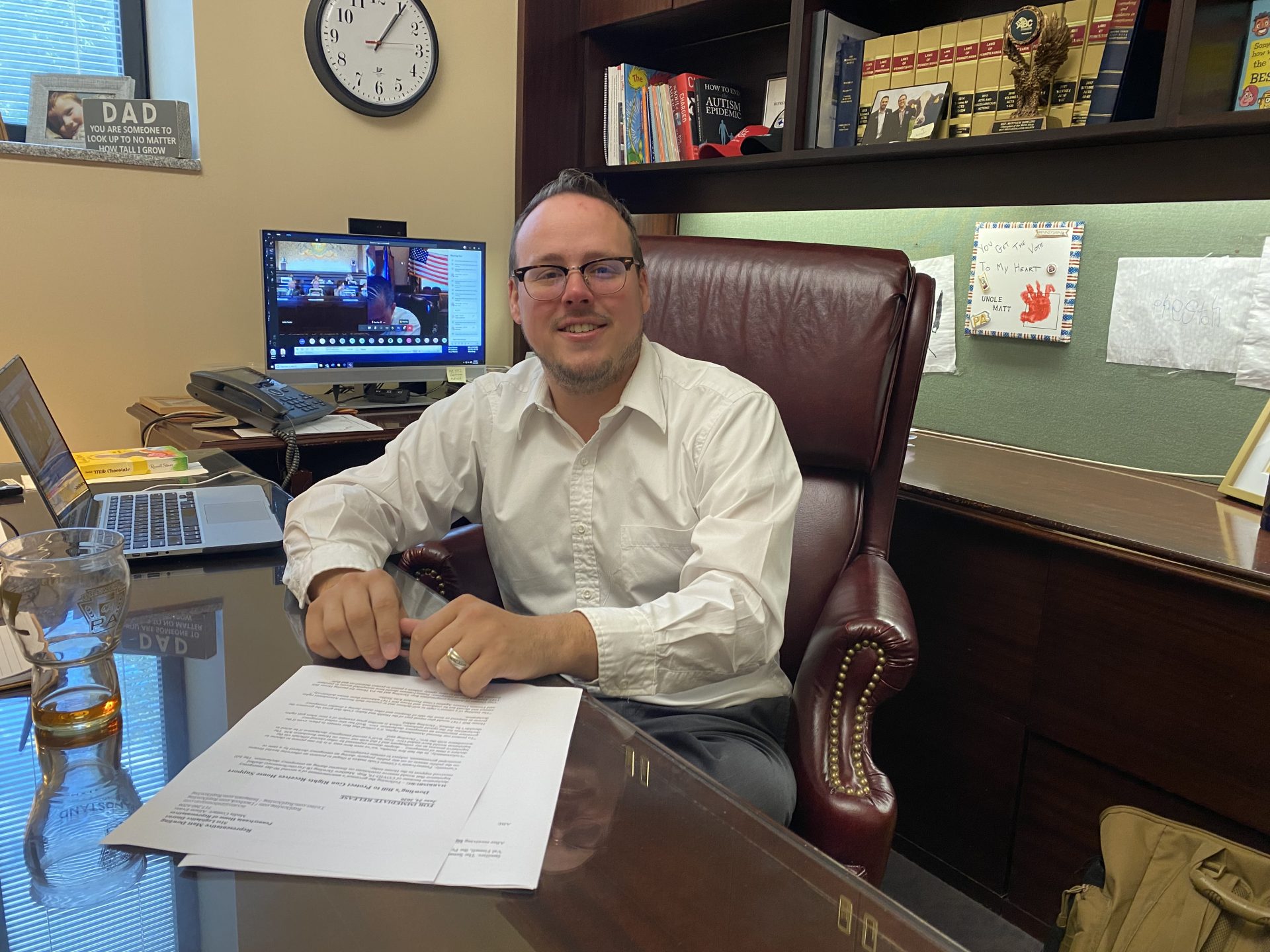 “That’s one of the reasons why this bill is all the more important because it’s not just a three-day period in a blizzard,” Dowling said. “It’s a long-standing declaration.”

Dowling said the Wolf administration told him the governor instructed Pennsylvania State Police not to enforce the ban on openly carrying a gun during the opioid emergency declaration, but local police could still enforce the restriction.

“So we’ve not seen it done, but we do want to protect the constitutional rights of people of the commonwealth,” Dowling said.

Firearms Owners Against Crime, a gun rights group, supports the bill. Kim Stolfer, president of the group, said even though current law allows people with a concealed carry license to openly carry a gun during a disaster emergency, it was harder for people to obtain them after many government offices shut down in response to the coronavirus.

And Stolfer pointed to a rise in gun sales in March as a reason why emergency declarations shouldn’t include special restrictions on firearms.

“This is when people need access to life-saving implements the most,” Stolfer said.

“It will put our communities at a greater risk of preventable gun violence during a pandemic,” said Erin Buchner, state legislative lead for the Pennsylvania chapter of Moms Demand Action.

Adam Garber, executive director of CeaseFirePA, said he wasn’t aware of law enforcement officers using the disaster emergency powers to seize guns from people choosing to openly carry firearms, but he said it’s important for law enforcement to have the option.

And he said a recent study published in The New England Journal of Medicine shows why the governor should have closed gun shops for longer during the coronavirus shutdown. The study, which focused on first-time gun buyers, found that men who owned one or more handguns had a suicide rate by any method that was three times higher than men who didn’t own guns.

“More guns were sold during the current emergency, as people rushed out in fear and confusion,” Garber said. “We know when guns are present there is more risk of injury and death.”

The legislation now moves to the state Senate, where senators are on recess until Monday. Wolf is facing increased pressure from the Republicans who control the General Assembly to end the disaster emergency declaration that he issued in March in response to the coronavirus (which he renewed for another 90 days in June).

The state Supreme Court is expected to soon decide a legal dispute between Wolf and Republican leaders over whether a joint resolution passed by the legislature to end the declaration is binding.

“The current disaster declarations in place are meant to help the administration fight the public health crises at hand and have no impact on citizens and their firearm rights,” Lyndsay Kensinger, Wolf’s press secretary, said in an email.