TRANSFORMING HEALTH — In the fight against drug overdoses and bloodborne diseases, some Republican and Democratic state lawmakers want to allow groups to hand out medical syringes to drug users in Pennsylvania.

Groups such as Pennsylvania Harm Reduction Network point to so-called ‘syringe services programs’ as a way to save lives and prevent the spread of viral Hepatitis, HIV and other serious illnesses.

The Centers for Disease Control and Prevention recommends the programs, saying, “Nearly thirty years of research shows that comprehensive SSPs are safe, effective, and cost-saving, do not increase illegal drug use or crime, and play an important role in reducing the transmission of viral hepatitis, HIV and other infections.” Philadelphia, Pittsburgh and Scranton already have local laws allowing the programs.

Social worker and activist Clayton Ruley has spent nearly 15 years at Philadelphia-based harm reduction group Prevention Point. Ruley said being able to hand out clean syringes to drug users has saved countless lives — and saved millions in taxpayer dollars by preventing people from getting illnesses such as HIV.

However, Ruley said, if people were to hand out those same syringes outside the city, they could be fined or arrested for possessing “drug paraphernalia.” 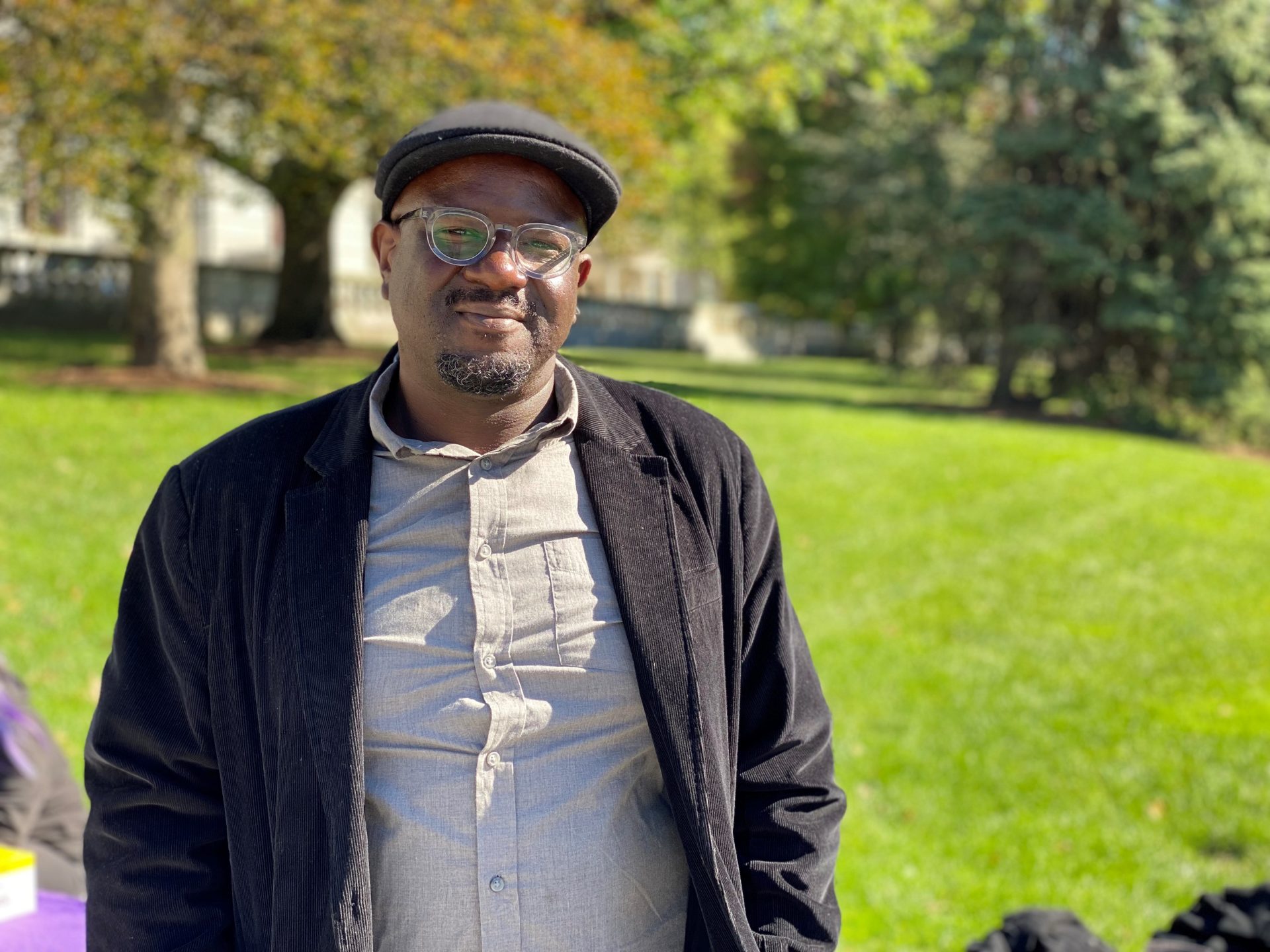 Social worker and activist Clayton Ruley stands for a portrait in Harrisburg Oct. 27, 2021.

Pending legislation in the House and Senate would change that.

Additionally, that regular interaction between a health worker and a person with substance abuse disorder helps to keep that drug user alive until they’re ready for help, Ruley said.

“Folks are going to do certain activities, including drug use intravenously, but that doesn’t mean that we can’t help them be safe, and getting them to a point where they can have a thought of accessing treatment when they’re ready.”

Republican state Representative James Struzzi of Indiana County, who is co-sponsoring the bill, said he thinks about his brother, who died of a drug overdose nearly seven years ago.

“And so many people who suffer from addiction feel isolated,” Struzzi said. “They feel like nobody cares. No one can help them. And that’s why these services are so important to me, because it connects people with people. People like you, people who care.”

Though the effort has the support of Democratic Gov. Tom Wolf and the state human services and health departments, Struzzi may have work to do. House Republican spokesman Jason Gottesman said the bill is not a priority this fall.

“Clearly, combatting opioid addiction remains a core priority for our caucus,” Gottesman said. “This particular component is something we’ll have to review.”

Gottesman said bills authorizing drug death review teams, and a package of bills to modernize the mental health and substance abuse laws are among the caucus’ nearer-term priorities.

An identical bill in the state Senate is co-sponsored by Republican Pat Browne of Lehigh County, who chairs the influential senate appropriations committee. Browne was not immediately available for comment. A spokesperson for Republican Senate Pro Tem Jake Corman didn’t respond to a request for comment.

Preliminary reports show Pennsylvania lost 5,060 people to drug overdoses in 2020. That’s a 14% increase from 2019. It is the third-highest overdose death rate in the U.S.