STATEIMPACT PENNSYLVANIA – A new study finds a previously common practice of using oil and gas wastewater to reduce dust on unpaved roads is not usually the most effective option.

The state stopped the practice in 2018, but a measure in the state legislature this year would bring it back for conventional drillers.

The brines varied widely in performance; one did nearly as well as commercial options while some did worse than no treatment at all.

That’s likely because of differences in chemistry, said Nathaniel Warner, an assistant professor of civil and environmental engineering. He led the peer-reviewed study, which appears in the journal Science of The Total Environment.

Keeping dust down can prevent health impacts to people breathing it in, but Warner said it’s important to be able to weigh the risks and benefits of the practice.

“We really need to understand how well you suppress the dust, so we can then see, based on the concentrations in the dust, what impact that would have to people’s health,” Warner said.

Previous research from Penn State found wastewater can hold radioactive and carcinogenic materials that can threaten people’s health.
This study suggested treating wastewater to remove radioactive material before using, which doesn’t seem to have much effect on efficacy as a road treatment. 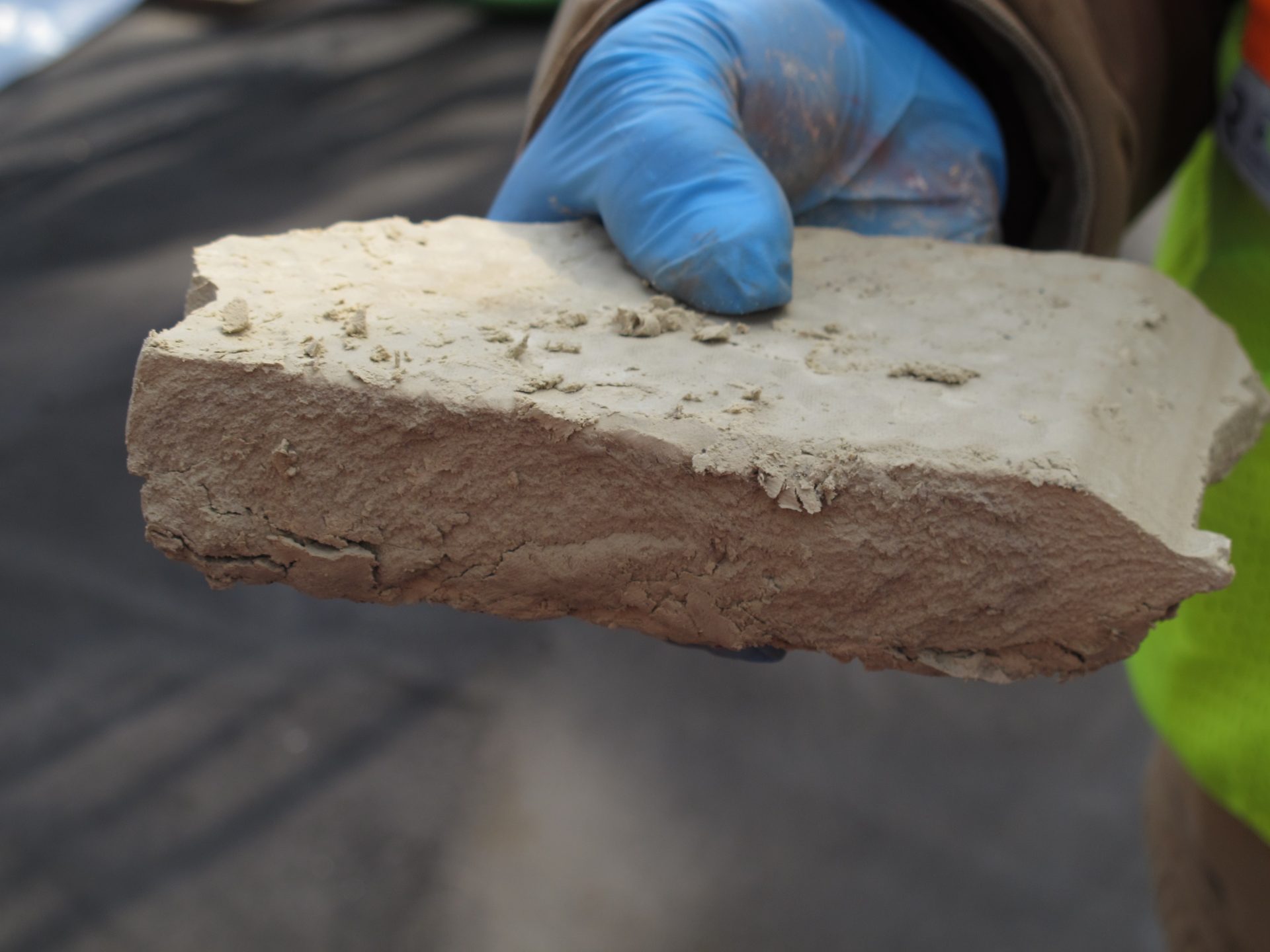 Scott Detrow / StateImpact Pennsylvania. An example of the solid chemicals and brine that are removed from fracking fluid.

Warner said he was surprised that not much research exists on the effectiveness of any dust suppressants. His team had to design a test to simulate and measure dust given off a treated road. Warner noted this study focused on one area, and “just scratched the surface.” Penn State and other universities plan to look at more issues around wastewater.

Brian Stewart, who has studied oil and gas brines but was not involved in the Penn State study, said the research is a useful contribution, even if it doesn’t settle the issues around using wastewater.

“If you have this information, then you kind of know where to go next,” said Stewart, an associate professor of geology and environmental science at the University of Pittsburgh.

Stewart said future research could look at more types of road material, in a variety of weather scenarios. Ultimately, he said it would be good to do field monitoring of treatment, road traffic, rainfall and other conditions to see how much dust is created. He acknowledged that’s difficult to do in a controlled setting.

Up until a few years ago, some municipalities used wastewater from drilling as a cheap way to keep dust down on unpaved roads.

Legislation supported by the Pennsylvania Independent Oil and Gas Association (PIOGA) to allow conventional drillers to use brine as a road treatment passed the House this spring. Gov. Tom Wolf opposes it.

Burt Waite, a retired geologist and former PIOGA board member of the Pennsylvania Independent Oil and Gas Association, said he’s worked with townships that responsibly and effectively use wastewater on roads.

“They would not put brine on roads if it did not help stabilize the road and control dust,” Waite said.

Waite has studied drilling brines and said, while he has seen negative environmental impacts from disposing of wastewater inappropriately, he’s never seen bad outcomes from road-spreading.

He added that cost is an important factor for municipalities when looking at alternatives to brine. That information wasn’t included in the Penn State study.