STATEIMPACT PENNSYLVANIA – Researchers at Penn State are trying to set the record straight about the invasive spotted lanternfly.

“The early lack of understanding about the spotted lanternfly, coupled with frustration, has led to the sharing of erroneous information, especially on social media,” said Julie Urban, associate research professor of entomology at Penn State.

Some misconceptions about the spotted lanternfly came as a result of misunderstandings about the bug soon after it was discovered in Berks County in 2014.

Urban said early guidance was based on information about how the lanternfly affected crops in South Korea–where it is also invasive–but its impacts in the commonwealth are different.

For example, scientists initially believed it threatened all kinds of plants, including trees used for timber, an important industry in the state.

But while lanternflies can stress trees, it appears they only kill grapevines and tree of heaven, also an invasive species, directly by feeding on them.

“A stressed tree may be more susceptible to other stressors such as disease, other insect pests or drought,” said Kelli Hoover, also a professor of entomology. She added that young trees are more likely to experience significant stress from spotted lanternfly feeding than mature trees.

Researchers noted the businesses feeling economic effects from the lanternflies are the ones that transport goods out of quarantine zones. They have to inspect vehicles and products to make sure they aren’t giving a ride to the hitchhiking lanternflies.

Urban said she’s seen a rise in home remedies, such as a mixture of dish soap and water, to try to control lanternflies, but some of those methods could cause unintended harm to native insects.

“If you’re going to apply some type of product, don’t use anything that isn’t labeled for lanternfly pest control,” Urban said.

When spraying for lanternflies, Urban said it’s best to wait and see where they concentrate, rather than trying to spray proactively.

During the winter, people can look for lanternfly egg masses on trees, cars, buildings, and other surfaces and destroy the masses by scraping and crushing them. Urban said egg masses look like small smears of mud from a distance; close up, they contain neat, vertical rows of eggs about the size of caraway seeds. 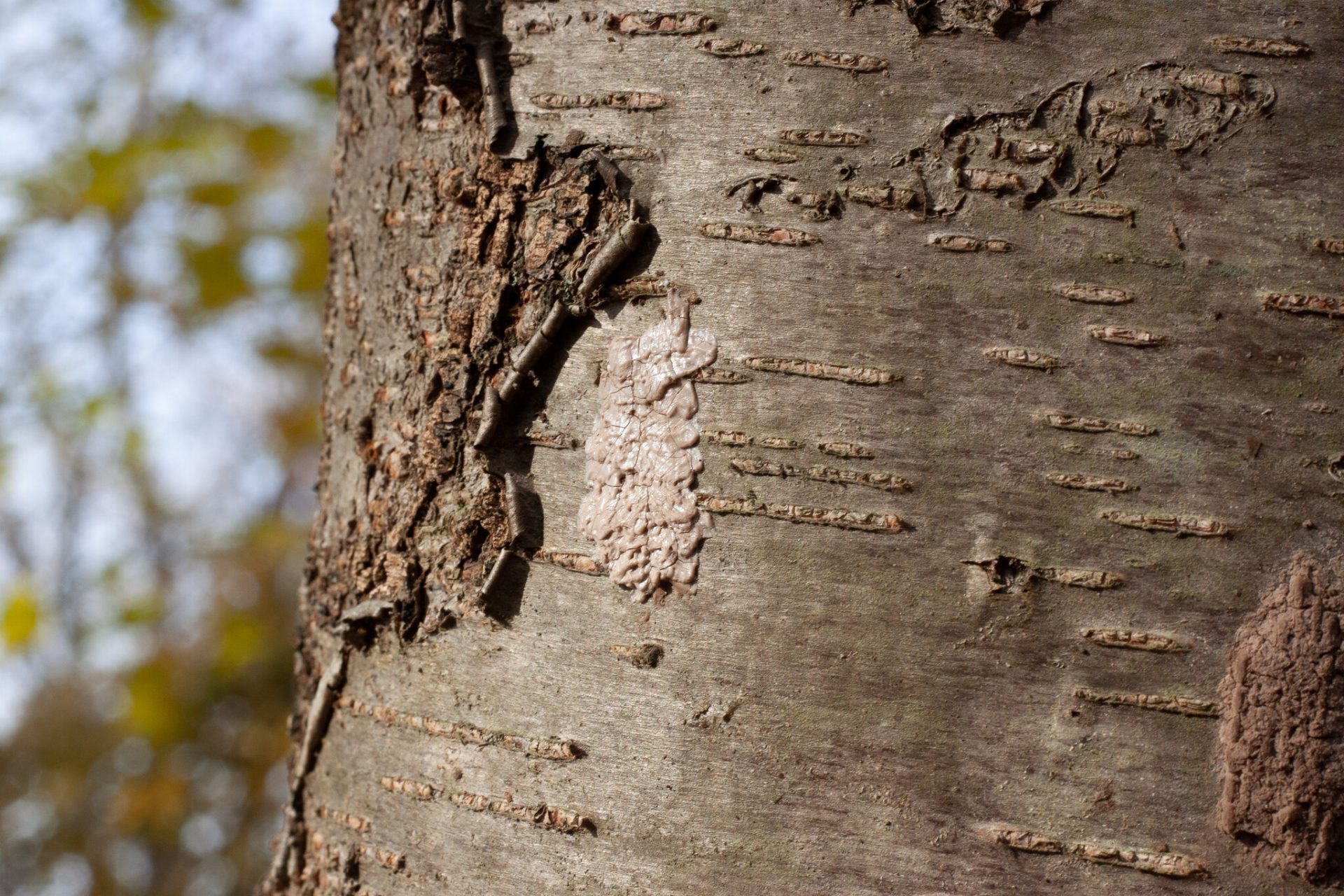 Horticulture extension educator Emelie Swackhamer said some might believe efforts to eradicate the bug are working, because they saw fewer lanternflies last year than in previous ones. But there are likely other factors at work.

“We believe they leave an area when they have depleted their food source and need to find a better one,” Swackhamer said.

Urban noted the bugs move around during their lifecycle.

“You can see its range is expanding, and so to me and the rest of us, that suggests it’s not the time to rejoice that populations are crashing,” Urban said.

Urban said she’s surprised that the myth that lanternflies are harmful to people or pets continues to pop up on social media. She said they don’t bite, and they don’t contain a toxin found in other insects.

Some have reported animals being sick after eating lanternflies. Urban said that’s likely because the lanternflies’ exoskeletons make them difficult to digest.

Urban said guidance on the lanternflies may change as more is learned about the invasive insect.