WHYY – Pennsylvanians will soon be able to get state assistance to pay for home repairs, thanks to a new program that lawmakers passed Friday as part of the state budget.

The program represents an unusual victory for progressive Democrats, and is a rare example of bipartisanship in Harrisburg’s Republican-controlled legislature.

The idea for the initiative, known as the Whole Home Repair Program, came from state Sen. Nikil Saval (D-Philadelphia), one of the most progressive members of the legislature. Soon after he took office in 2020, Saval began raising the idea of funding home repairs to fellow members — including Republicans.

“I think there are a number of different initiatives that cut across county and geography that are held in common by lots of different people and are popular,” he said. “We had an intuition that this would be one of them, and it turned out to be true … everyone deserves a safe and healthy home.”

Some of those early GOP supporters were moderates who often cross the aisle, like Dan Laughlin (R-Erie). But others were more conservative — and more influential — like Sen. Dave Argall (R-Schuylkill), who chairs his chamber’s powerful State Government Committee and generally sticks to the Republican party line.

Argall got on board with Saval’s bill eagerly, though. For years, he has struggled with vacant, decaying houses in Shenandoah, a city in his district that has seen enormous population contraction since the 1950s. The city has seen fires in vacant houses, and often, the only available answer has been demolition.

That’s a different problem than in Philly, where this program is mostly billed as a way to help struggling homeowners keep their houses and avoid displacement. But Argall notes, there is a common issue underlying all of it.

“Any community that has faced economic distress [needs this bill],” he said. “People won’t have to drive far to find this kind of a need.”

That kind of cross-state and cross-party appeal, he added, is vanishingly rare in the state Capitol.

“In a building with some very bitter partisan divisions, on this one issue at least, we were able to work together,” he said. “It needs to happen more like this.” 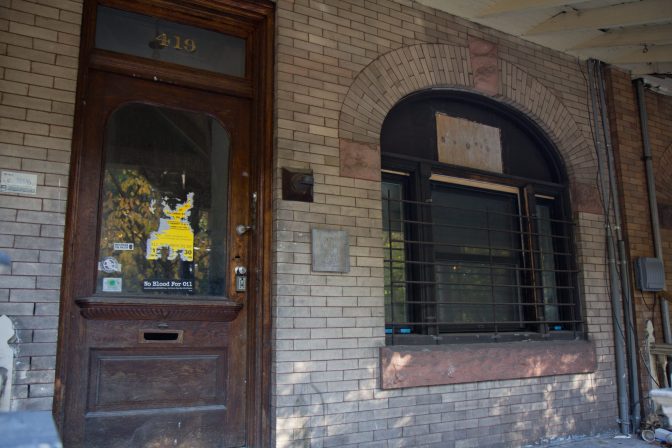 A new bill in Harrisburg would utilize some of Pa.’s budget surplus to help people pay for home repairs.

The budget allocates $125 million to the program this year — somewhat less than supporters had initially pushed for, but an amount that Saval said he’s “very happy” with.

It’s geared toward lower to middle-income people who might struggle to pay for necessary repairs, and could be forced from their homes as a result. Repairs funded under the program would range from relatively minor fixes — weatherization, patching a leaky roof — to major renovations that could keep aging homes inhabitable.

Saval also sees it as a way to tackle two other existential problems in housing.

One is energy efficiency. Homes with leaks or drafts aren’t energy efficient, which means they produce more greenhouse gas emissions and also saddle their owners with high heating and cooling bills. Weatherization can dramatically improve efficiency, but there’s a catch: homes with significant structural problems can’t typically get it, so homeowners who can’t afford repairs are often out of luck.

Steve Luxton heads the nonprofit Energy Coordinating Agency, which helps people pay for weatherization that can lower their utility bills, and said the group has found that up to half of the Philadelphia households that apply for weatherization are ineligible because of a leaky roof or other issue.

“There’s literally hundreds of homes that will be eligible for the Whole Home Repair program that will be able to be weatherized,” Luxton said. “It really does have a domino effect.”

The other existential issue this proposal is designed to address is gentrification.

One driver of gentrification is the fact that homeowners in quickly-developing neighborhoods are often beset by developers eager to buy their land. Groups supporting the Whole Home Repair Program say that if a homeowner is behind on costly repairs, they can feel pressure to sell the home for a fraction of its true worth, losing potential generational wealth in the process.

The program will be run under the state’s Department of Community and Economic Development. County agencies — or groups that do housing assistance work within counties — will be able to apply for certain amounts of money, and then help property owners apply to get a slice of the funding.

Individual homeowners will be eligible for a grant of up to $50,000, and landlords can get a repayable loan for up to that same amount. Homeowners are eligible if they earn up to 80% of the median income in their area. Loans are only available to small landlords, and they carry additional restrictions on how much that landlord can charge in rent.

Some of the money from the fund will also be used to add staff on the state and county level to help shepherd people through the grant or loan process, and to provide workforce training so that more people can get certified to weatherize and upgrade aging houses.

‘We’re going to have to fight for this’

The entire budget still needs a signature from Democratic Gov. Tom Wolf, who has indicated he broadly supports it. There isn’t yet a firm timeline for the program to take effect. Once the budget is signed into law, DCED will need to set up guidelines for the program, and then counties and other groups can begin applying for funding and allocating it to homeowners.

Argall noted, just because a program is created doesn’t mean it’ll get funding every year. In times of recession or poor revenue, Pennsylvania’s GOP-controlled legislature has often sought to make cuts to public programs to balance the books, rather than raising taxes.

The Whole Home Repair Program, Argall acknowledged, would be an easy candidate for the chopping block. He’s already thinking about the next budget.

“We’re going to have to fight for this every year,” he said — adding, he’s prepared to wield as much of his own sway as he can to keep it on the books. “This issue is not going away.”