The school superintendents in upstate school districts who teach Native American children have joined forces to ask Gov. Kathy Hochul for a total of $60 million to pay for long-overdue maintenance for their school buildings.

One of the three schools on sovereign Native American territory is in the North Country, the Saint Regis Mohawk Elementary School in Akwesasne, near Massena.

The superintendents said the money the Native nation schools are allocated is far less than what other New York state public schools get. Dr. Stanley Harper is the superintendent of the Salmon River school district which includes the Saint Regis Mohawk school in Akwesasne near Massena.

Speaking from the elementary school auditorium stage last week, Harper said there’s no excuse for the way the state has treated the Native American schools.

“It’s wrong. It’s not fair. And by God, it’s wrong. And it’s wrong, that we were never provided the same resources to level the playing field for these students and to maintain these buildings,” he said.

The school leaders explained that other public schools in New York can raise money through a local referendum.  But these schools are on Native territory and their buildings are owned by the state, not the local community. That means they must rely on funding in the state budget to maintain them.

The officials want Gov. Hochul to add $20 million for each school to the 2022 executive budget just to bring the buildings up to date. They also want $6 million to be added to the annual budget for regular maintenance of all the schools in the future. That’s almost double what’s currently allocated.

Jeremy Belfield heads the district that includes the Onondaga Nation School near Syracuse. He said some of the maintenance problems are so serious they endanger the safety of staff and students. Belfield said entrance doors are broken and their fire alarm system is out of date.

“So, if a smoke detector fails, we have to go out on eBay and try to find a device to replace that one that’s no longer functions,” he said. 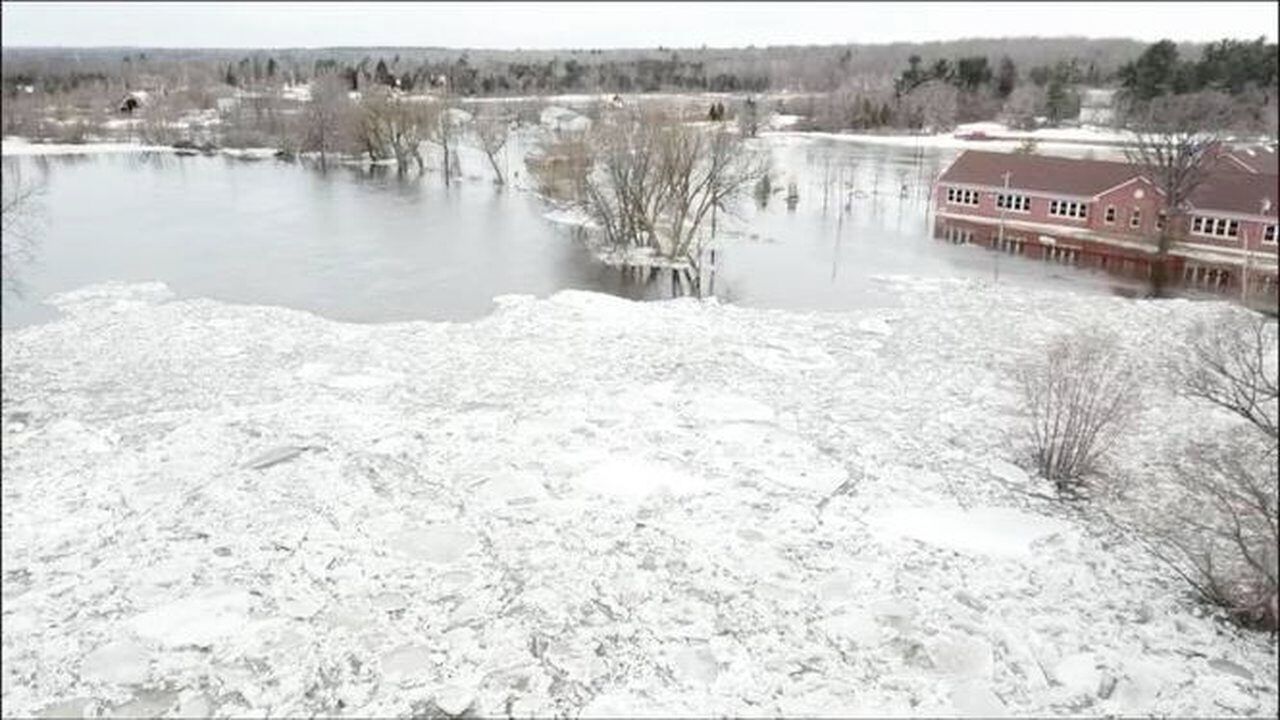 At the Saint Regis school, Harper said it’s not just the lack of maintenance inside the buildings that are causing damage. He said climate change is starting to take a toll. The school is about a block away from the St. Regis River and when it floods the school gets damaged.

Harper showed photos of the school buildings surrounded by water. In some of the images, a person in a canoe is paddling by. He explained what happened during one recent flood.

“We had to evacuate everybody out of this building. We had to take books, everything that kids needed to learn in boxes, and take it over to another school,” he said.

Family members, school officials, and staff attended the press conference in person and online. One of them was Katrina Kaianohon Herne. She’s the mother of three children. Two have graduated from the St. Regis Mohawk Elementary School, one is a first-grader there. She said this was the first she’d heard about the problems.

In an email to NCPR, Gov. Hochul’s spokesperson Madia Coleman said, “Governor Hochul is committed to ensuring quality education for every child in New York, and since becoming aware of these issues facing Native schools, we are looking into how best to address them during the budget process.”

The school leaders say without more funding from Albany they’ve had to re-direct money meant for education to pay for some repairs.

Each superintendent said they have the support of their state legislators. They said now, it’s time for Governor Hochul to take action.