Abuse of opioid drugs has cost the U.S. a lot of money in a number of ways. That includes a big impact on business, particularly the construction industry. 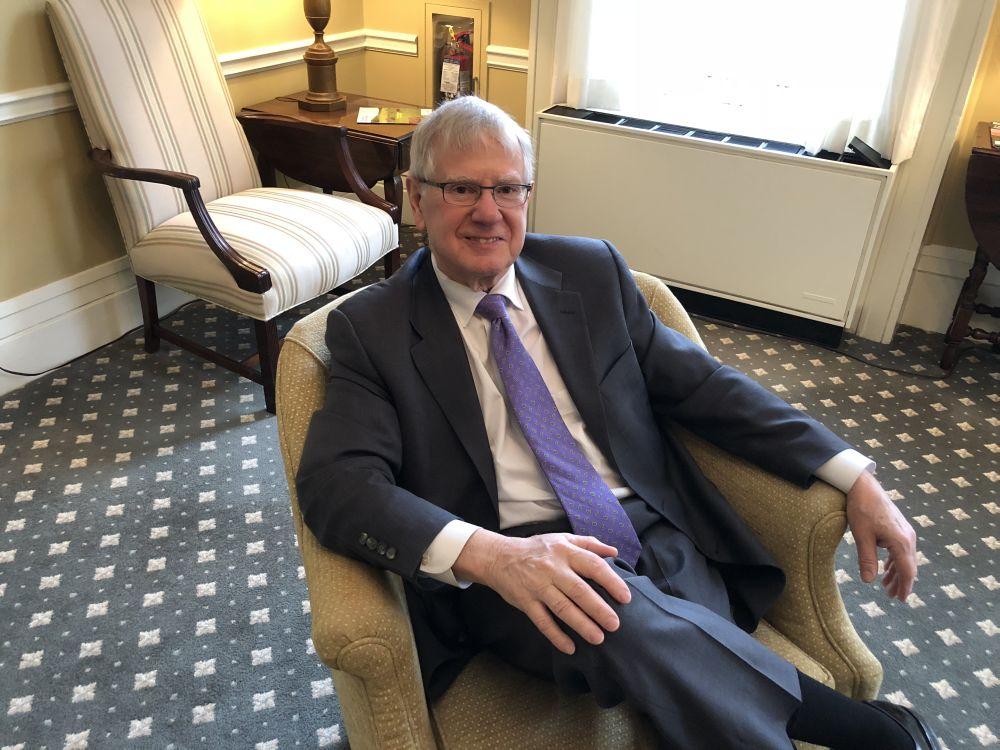 Vic Salerno is CEO of Victor-based O’Connell Electric, one of the largest electrical contractors in the United States. CREDIT RANDY GORBMAN / WXXI NEWS

The cost of the country’s opioid crisis is estimated to have exceeded $1 trillion from 2001 to 2017, and it’s projected to cost an additional $500 billion by 2020. That’s according to an analysis from Altarum, a nonprofit health research and consulting institute.

The report says the costs of the opioid crisis are borne by individuals in the form of lost wages; the private sector in lost productivity and health care costs; and additional spending on social services and other areas.

The impact is being felt at a variety of workplaces and industries in the Rochester area. Vic Salerno can attest to that. He’s the CEO of Victor-basedO’Connell Electric, one of the largest electrical contractors in the United States.

Salerno also is a trustee of the pension and insurance fund for the International Brotherhood of Electrical Workers, or IBEW. That union represents many of his workers. He said over the last year, the fund had two claims that each exceeded $250,000, and both were related to opioids. It’s the first time he can remember that kind of scenario.

“It’s obviously a factor and we’re self-insured, so (that’s) a lot of money,” Salerno said, “and I can guarantee you, next year, when we renew this insurance, I’m sure the premiums are going to go up substantially.”

The ripple effects of opioid abuse go far beyond just dollars and cents. It often means life and death, something Salerno heard about recently involving a worker from another business at a job site that his employees also were working at.

“One of the other trades, it was the end of the day, a guy went out to his truck, OD’d (overdosed), and was gone,” Salerno said. “Fortunately, somebody from security saw him and they were able to administer (Narcan) … and got him out of it.”

This sort of incident happened even with the mandatory drug testing that many businesses — particularly those involved in construction and manufacturing — require.

The National Safety Council released a survey on drug use and substance abuse last year, and it showed that 15 percent of construction workers struggle with substance abuse — nearly twice the national average. 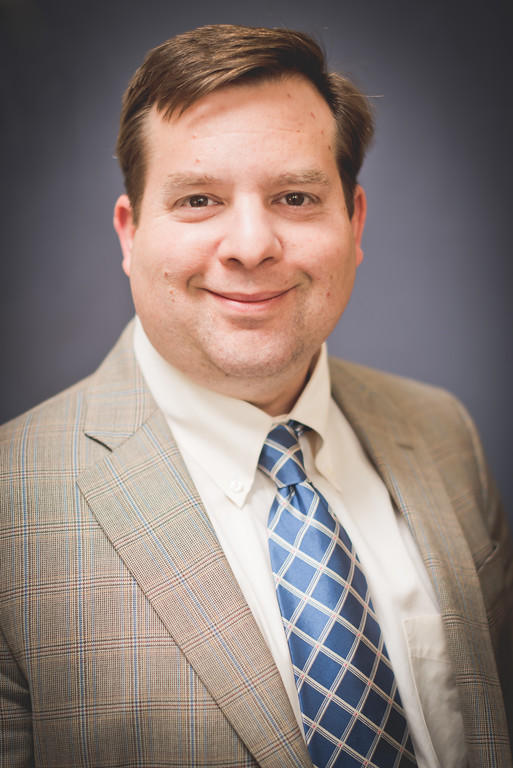 Aaron Hilger, president of the Builders Exchange of Rochester, says with fewer young people coming into the construction industry, the resulting aging workforce is often prone to more injuries, which then leads to the need for painkillers. CREDIT WWW.ROBEX.COM

Aaron Hilger is president of the Builders Exchange of Rochester, which serves the commercial, industrial and governmental construction industry of western and central New York. Hilger said the opioid abuse affecting some construction workers is sometimes related to employees who get hooked on opioids for pain relief.

He said that in the last decade or so, fewer young people have come into the construction industry, so that means an aging workforce, often prone to more injuries, which then leads to the need for painkillers.

And unlike some other businesses, Hilger said those workers might be more prone to keep taking opioids to relieve the pain, partly because it’s a relatively short construction season in upstate New York, but also because of the macho culture that is a part of that industry.

“ ‘I’m tough enough to get that job done, aren’t you?’ I think that sort of attitude is pervasive in industries like construction or certain types of manufacturing where the work is physical and it’s hard, and there’s a point of pride in being able to be strong enough to do it.”

The opioid crisis really hit home for Hilger when he learned of a recent incident involving an apprentice in the bricklayers union who died from an overdose.

Lev Ginsburg is director of business affairs for the Business Council of New York State, a group that lobbies on behalf of the state’s business owners.

He said the opioid crisis is a public health crisis, and that will require a number of parties to brainstorm solutions.

It’s not just construction and other blue-collar professions that are affected by the opioid crisis. 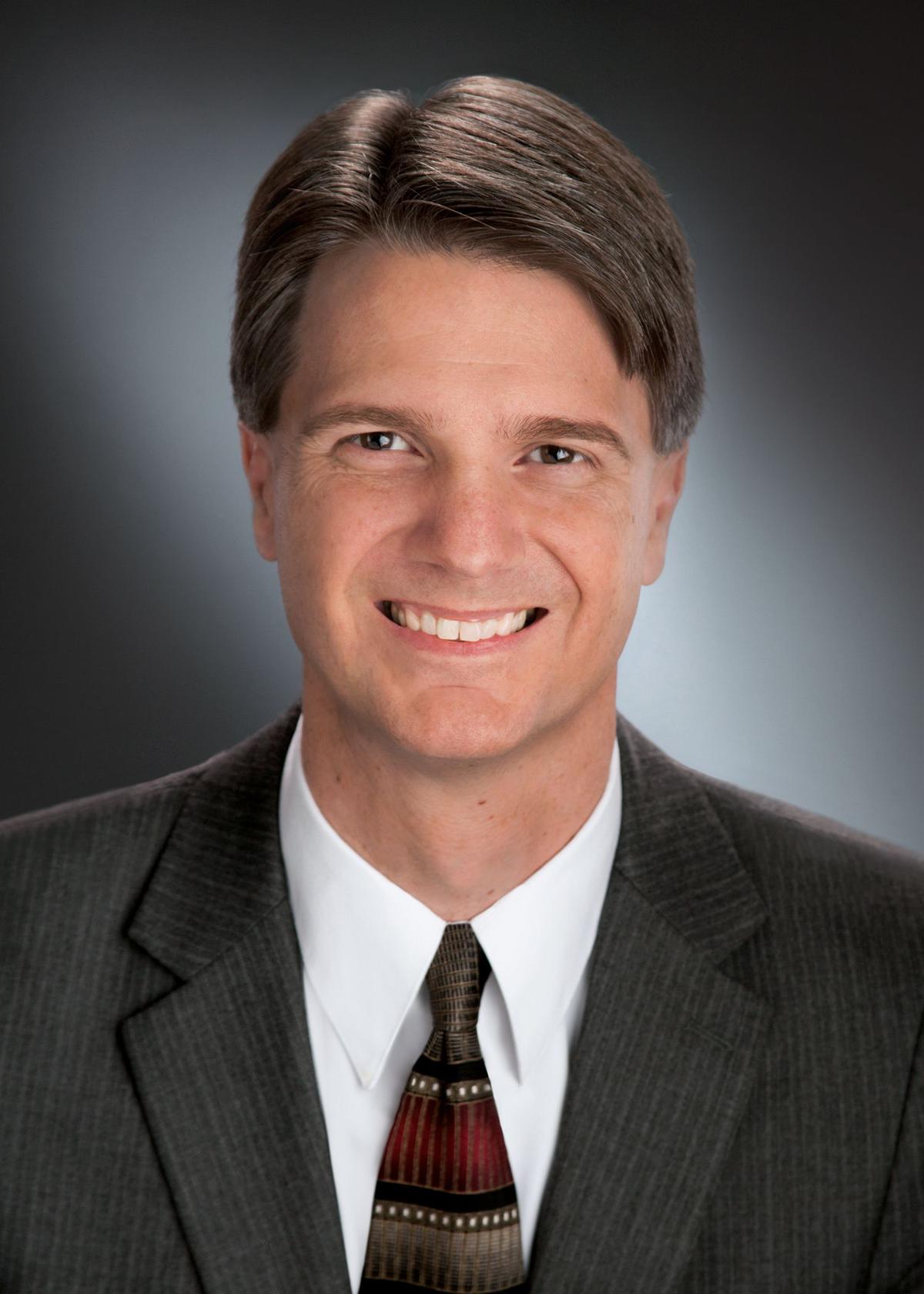 Chris Wiest with the Greater Rochester Chamber of Commerce said addiction issues can lead to absences from work or a lower-quality performance. CREDIT GREATER ROCHESTER CHAMBER OF COMMERCE

Chris Wiest, a vice president of the Greater Rochester Chamber of Commerce, said these addiction issues can crop up in offices as well; employees may not show up for work because of an opioid abuse problem, or maybe the quality of their work is suffering.

The Rochester Chamber has a health care committee that has been around for about a dozen years, but Wiest said opioid addiction is definitely on their radar screen now.

“Some members of our group might even take a look at benefit design,” Wiest said. “For example, are there things that can be done to encourage non-opioid alternatives for employees in terms of their health care needs; can aspirin or physical therapy serve a purpose and thereby prevent the ability for somebody to even get addicted to begin with? Those are the sorts of things that will be part of the conversation.”

O’Connell Electric’s Vic Salerno said the ongoing conversation is at least some reason for optimism in the massive effort needed to deal with opioid abuse.

“Hopefully we’re getting a handle on it, because we’re all talking about it,” Salerno said.

This story is part of a special series this week looking at the ripple effects of the opioid crisis that’s part of a collaboration with ideastream in Cleveland and Oregon Public Broadcasting.