But it also finds there are still things we can do about it, including changes to one of our biggest sources of climate polluting emissions: transportation.

Paulina Jaramillo, an engineering and public policy professor at Carnegie Mellon University, was one of the lead authors of that section of the report. She spoke with The Allegheny Front’s Reid Frazier.

Listen to the interview: 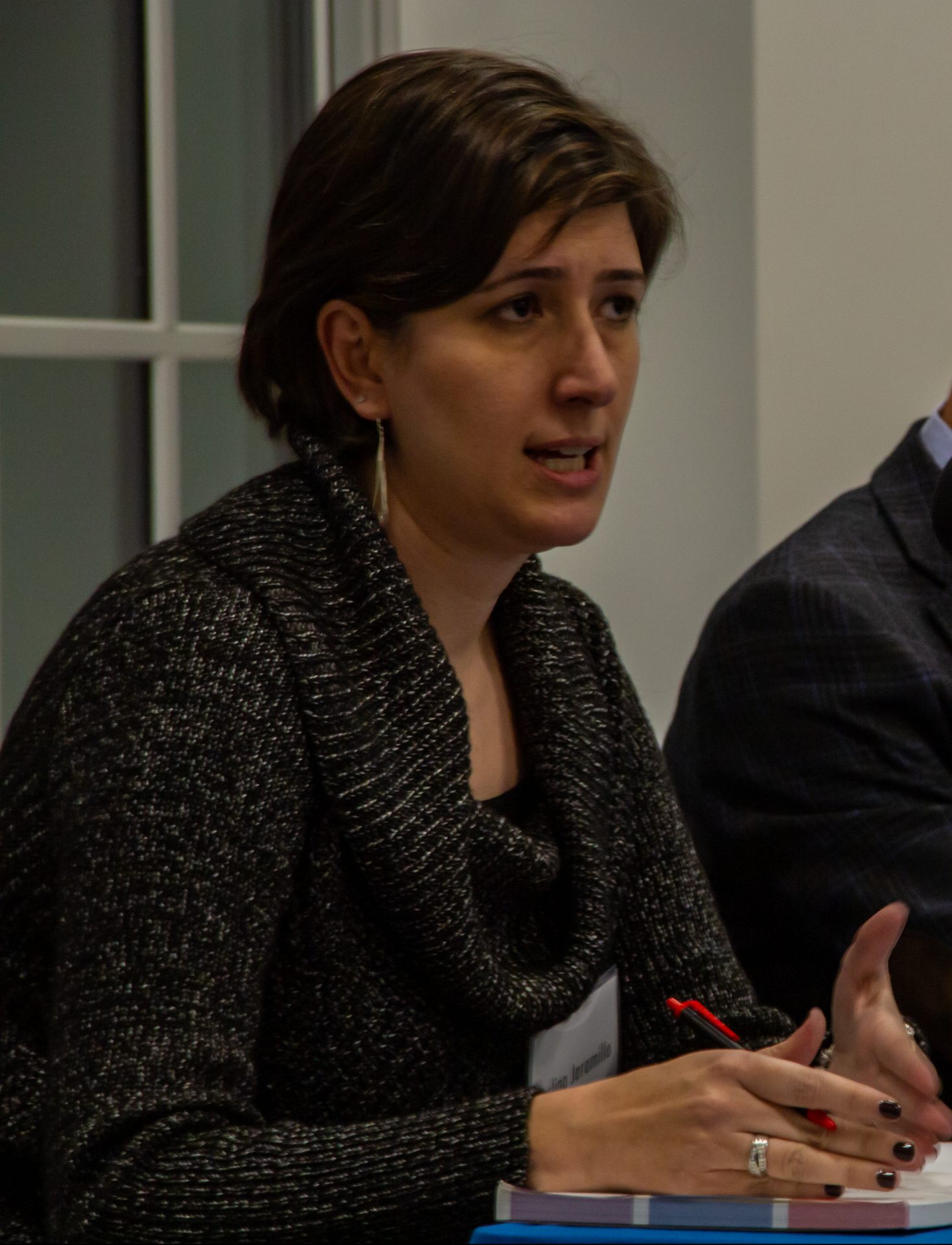 Heather Tom / Energy Innovation Center Panelist Paulina Jaramillo speaks during “The future of energy: Can we get to zero carbon?”, a StateImpact Pennsylvania public event in Pittsburgh Jan. 29. The interview has been edited for clarity.

Reid Frazier: What are some of the ways that your group found could be the biggest sources of emissions reductions in transportation?

Paulina Jaramillo: We know that there’s a role for programs that reduce demand [for driving that] can also help with mitigation [of climate change.] So on the demand side? Walking and biking and using more public transport can help. But that’s not going to do everything. We still need technologies for land-based transport.

The report finds, we find, that electrification or electric vehicles provide the largest potential for mitigation, and it isn’t just the cars we usually think about when we talk about it, like consumer electric vehicles. It’s also buses and rail. And it’s also two- and three-wheelers, which are a large share of the vehicle fleet in developing countries.

Frazier: Shipping and aviation account for 11- and 12-percent of carbon emissions from transportation, respectively. Can you talk a little bit about what kinds of alternative fuels are needed to decarbonize these forms of transportation?

Jaramillo: This report is the first time that the transport sector actually has specific sections on shipping and aviation separately. Those are the hard-to-decarbonize sectors.

There might be some role for electrification of small, short flights and ferries, but for intercontinental long, big airplanes and ships, electrification is not a likely solution.

There is operational and design to improve the efficiency of the vessels, but really, hydrogen-based fuels and derivatives are pretty important for decarbonizing shipping and aviation.

Frazier: Do you take away any positive signs from what we’ve seen in terms of little steps that have been taken to decarbonize different sectors, especially transportation?

Jaramillo: I do, because electrification is becoming more popular. You see a lot more electric vehicles on the road. You have more models [of EVs]. The fact that there’s an F-150 [Ford pick-up truck] that is electric, right? F-150 has been the most popular vehicle in the US for 20 years or more. Right? The fact that there’s an electric option, I think sends a pretty big message that this is serious.

This is not a technology that will pass. The companies are investing in these. So I think that’s progress. And the infrastructure bill that passed last year included support for electrification, so we have made progress.

Frazier: I mean, a lot of times these reports come out and they create gloomy headlines. And by now, I think a lot of people are used to those headlines. What do you want people to take away from this report?

Jaramillo: I think it’s the same thing we’ve been trying to say again, like you said, for the last couple of reports: we need to take action now. The window for actually 1.5 degrees [Celsius] being technically possible is closing and it’s closing quickly.

And if in the next five years we don’t take action, the next assessment report is going to say 1.5 degrees is not possible anymore. So I don’t think that message is drastically different. It just hasn’t translated to action.

Frazier: You mentioned 1.5 degrees Celsius. What’s the significance of that as a benchmark for global warming?

Jaramillo: So 1.5 degrees Celsius? I mean, it’s still an increase, but it’s where the earlier reports suggest some of those impacts are still manageable. [At] two degrees, [there] are still, I think, mitigation options. Some places will really suffer more than others under the two-degree target, and above two degrees is just bad.

Frazier: And what scale do we need to sort of deal with this in order to avoid 1.5 degrees? Like, what are we talking about?

Jaramillo: We’re talking about a 50 percent reduction in emissions by 2030 from today.

Frazier: So that sounds like a lot. And do you think we can get there?

Jaramillo: Technically, we have the technologies. The financing chapter actually says the capital is there for supporting this transition. So technically, it’s possible.

People, like friends and family, they ask me, “Okay, what can I do?” Personally, I think that the biggest impact is systemic change. A personal change will help, but we need systemic change.

So I think in the US, the biggest thing people can do is mobilize and organize and really push for action. One of the things the report notes is that in the absence of central government policies, a lot of the decisions on this issue have gone to the local level. Cities are taking action, and states can have policies. So mobilizing and organizing for action can be at the local level.

Frazier: How has doing this U.N. process changed your outlook on these things?

Jaramillo: A couple of times I felt like, “We already know this. We already said this. We’ve been saying it for years.” It’s not like in the transport sector there are these brand new solutions that no one has thought about before that now suddenly are going to make this happen.

I mean, honestly, sometimes it’s a little depressing that it reinforces the information we’ve said. We’re now putting it out there again. Hopefully, something happens.

Paulina Jaramillo is an engineering and public policy professor at Carnegie Mellon University and a lead author of the transportation section of the UN’s latest climate report.