The coronavirus outbreak
What you should know
» Map: Confirmed cases in the U.S. and around the world
» How to prepare your home for coronavirus
» How coronavirus spreads
» Coronavirus FAQs

TRANSFORMING HEALTH —  As infectious disease expert Dr. Cynthia Whitener answered questions, she said the packed conference room, where people poured coffee from dispensers and served themselves food from a buffet table, illustrated the challenges of stopping the new coronavirus.

“I was uncomfortable as I sat here and looked at everyone together, and what we’re all touching,” Whitener said. “In fact, we’re discussing at the medical center whether we should continue to have gatherings.”

When to cancel meetings — and classes — was one of the questions that brought at least 60 school district officials and others from Dauphin, York, Lebanon and Cumberland counties to Penn State Hershey’s conference center Monday morning.

“We’re coming into musical season and large group season,” Christopher said. “I’m going to have 1,500 people in my auditorium for four days at the end of the month. These are the kind of questions we’re not getting answers to.”

That’s a question that, at least for now, doesn’t have a clear answer at the state or federal level, said Republican U.S. Rep. Scott Perry of Pennsylvania’s 10th district.

“The only thing I can do is pledge to you that we can work with the state to get you that guidance,” Perry said. 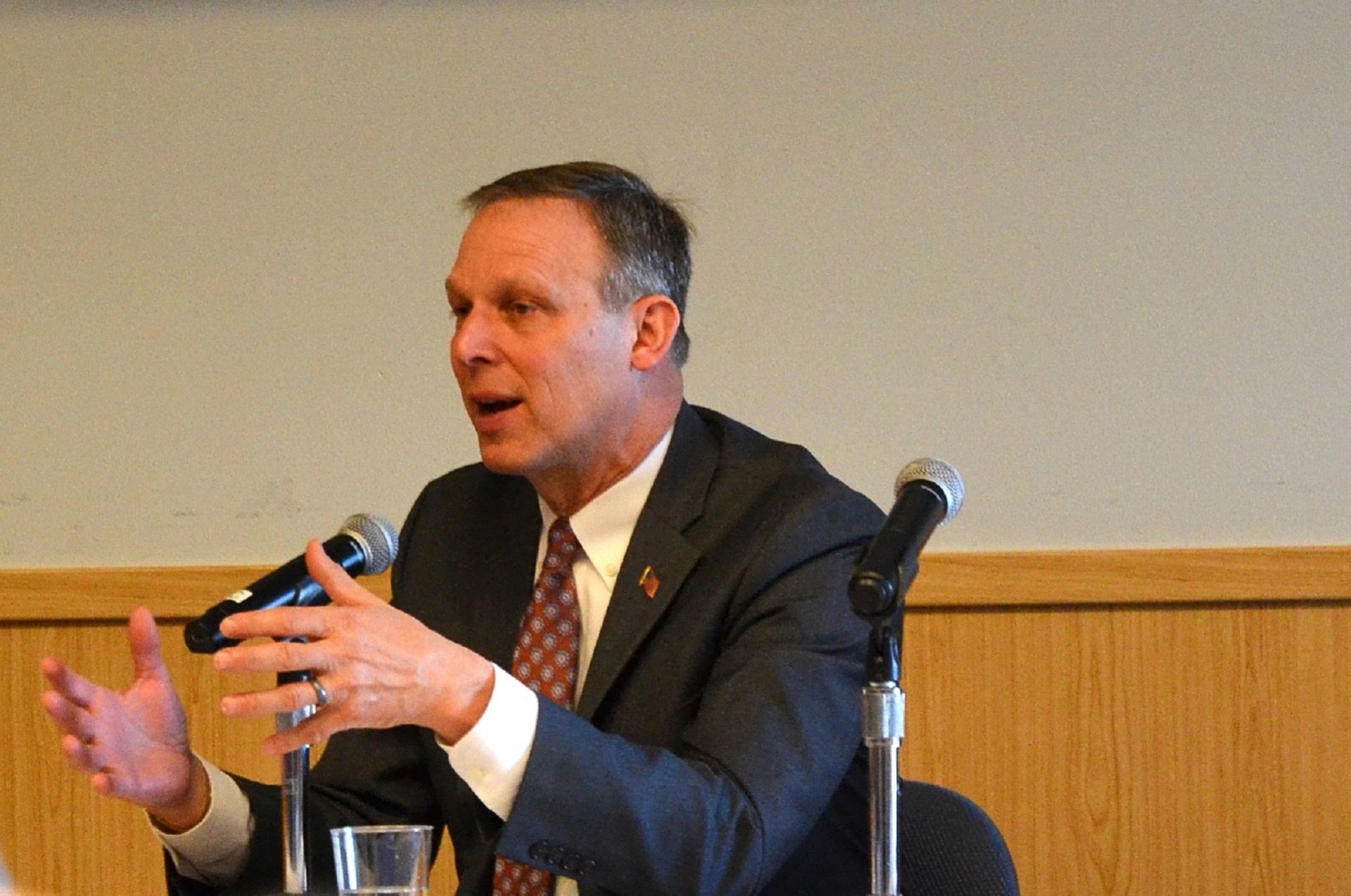 President Trump signed an $8.3 billion emergency spending bill that passed Congress with overwhelming support last week, and school districts —as well as local first responders — also want to know when, if at all, they’ll be able to access that money or get resources through that bill, Christopher said.

Perry said lawmakers are parsing out how the money will reach communities. A significant amount of it is set aside for testing, as well as making sure that health systems are reimbursed for providing services through telemedicine — the use of computers and other technology to provide medical services in lieu of an in-person meeting.

Perry said, for now, school districts should document their expenses with the hope that they could be reimbursed later.

“The plan would be for it to flow down through the states to the individual districts,” he said. 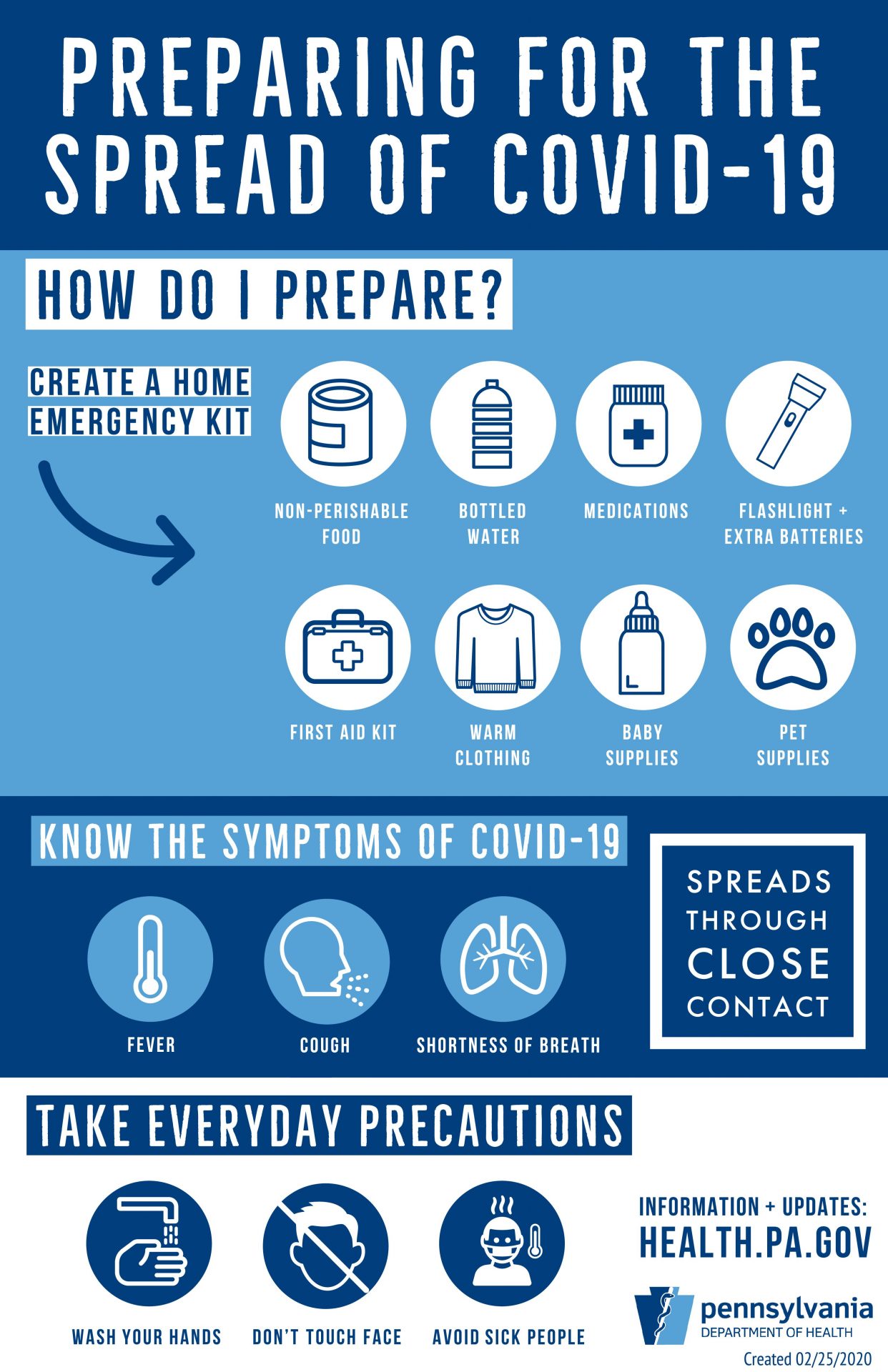 Perry himself already has had a close call with the virus. He attended the Conservative Political Action Conference in late February, where a man who attended the conference later tested positive for the virus. When asked by a reporter, Perry said he’s “self-monitoring” his symptoms and doesn’t believe he had close contact with the man.

Helen Delano, board chair at St. Stephens Episcopal School in Harrisburg, noted that many of her school’s students come from lower-income backgrounds. Delano asked whether community health centers would be able to perform testing — another question that went unanswered at the meeting.

Delano said the need for low-income testing options also is a concern in Spanish-speaking families, where there appears to be scant Spanish-language information available.

“They may not want to get testing, even if they have signs and symptoms, because of the cost,” Pierre said. “And you know our health care system in the states is very complicated, not everyone has access.”

Later Monday afternoon, Pennsylvania Department of Health secretary Dr. Rachel Levine said an additional three people tested positive for COVID-19. A total of 10 people have tested positive so far in Pennsylvania. Seven are in Montgomery County, and Delaware, Monroe and Wayne counties each have one case.

Three of those people are in the hospital, with one in critical condition, Levine said.

At this time, the health department is not recommending that people cancel public events, Levine said. However, with the number of people with the illness multiplying, that could change.